Some words and phrases to know before you read

Most Quakers know the name John Woolman. Lots of other people know about him, too. Almost 250 years ago, Woolman wrote a book about his life. People are still buying that book and reading it today. Not many books keep going like that for 250 years. The Journal of John Woolman is a special book because John Woolman was a special man. 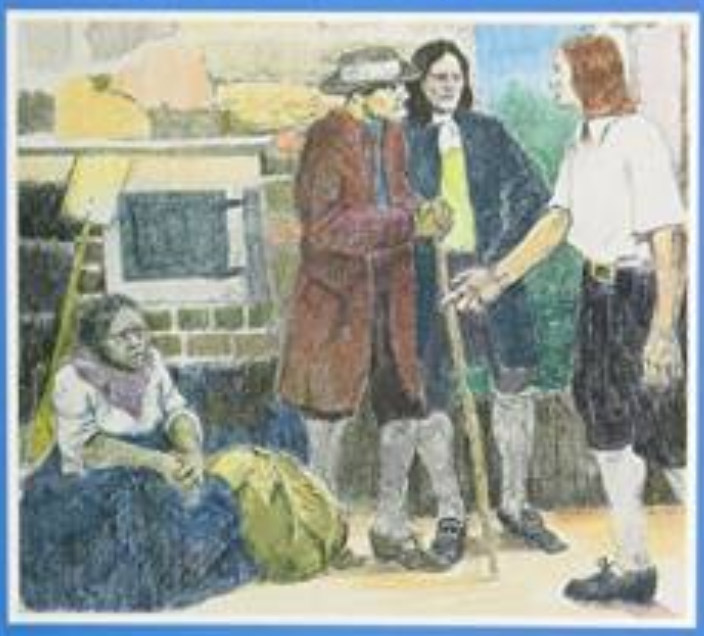 Woolman did not try to be “great.” He tried to be “low.” When he was six years old, he read in the Bible about “a Pure River of Water of Life.” He wanted to live in that water. He wanted to listen for God until he could hear God telling him what to do.

Woolman was smart, and he was a good worker. Lots of people liked him. He could have gotten an important job. He could have made lots of money. But John Woolman wanted to live a simple life. He decided to become a tailor. He picked that job because it let him take time to listen for God and to do God’s work. 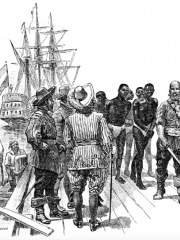 Many Quakers were slave owners then. This deeply upset John Woolman. He said that if Quakers really knew how to love God, they would not be cruel to any of God’s people. Slavery is as cruel as anything can be. John Woolman needed to try to stop that cruelty. In those days, many people ignored the cruelty of slavery. To them, slavery just seemed normal. John Woolman needed to help Quakers admit that slavery was cruel.

Woolman made many trips to talk about slavery with Quakers in their homes and in their meetinghouses. He traveled many hundreds of miles for more than twenty-five years. He always tried to make sure the slave owners knew that he cared for them. He wanted to be friends with them. He just didn’t want them to be cruel. 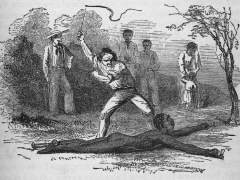 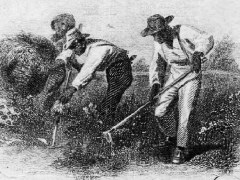 John Woolman worked to end slavery during most of his adult life. Soon after Woolman died, Quakers agreed that slavery was wrong, and they stopped owning slaves. Then, many Quakers worked hard for the next hundred years to end slavery. In 1863, slavery finally ended in America.

Quakers today feel proud of the Quakers long ago who helped end slavery. John Woolman would probably think that was odd. He didn’t try to end slavery so that he could feel proud. He tried to end slavery because God said so. He was just doing his best to follow what God was telling him to do.