Skip to main content
View other articles in "On Money" issue of magazine.
November 2015, December 2015

The Economy of Unknowing

As an economist, I study and teach about money, markets, and the economy. Given that I have been on this professional journey for nearly half a century, something makes me feel that I should have it all pretty much figured out by now. But I don’t. In some ways, I know less now than I once did. Perhaps this is good. Perhaps some unknowing is just what we need to improve our understanding of what the economy is and how it should work.

In the fourteenth century Christian classic The Cloud of Unknowing, an anonymous mystic invites us to give up our refined, specific, and advanced knowledge of God and to surrender instead to a realm of unknowing where we might begin to glimpse the divine more fully and deeply. In somewhat the same way, it might be a refreshing exercise to let go of our “smart” ideas about money and let other visions direct the business of our lives. 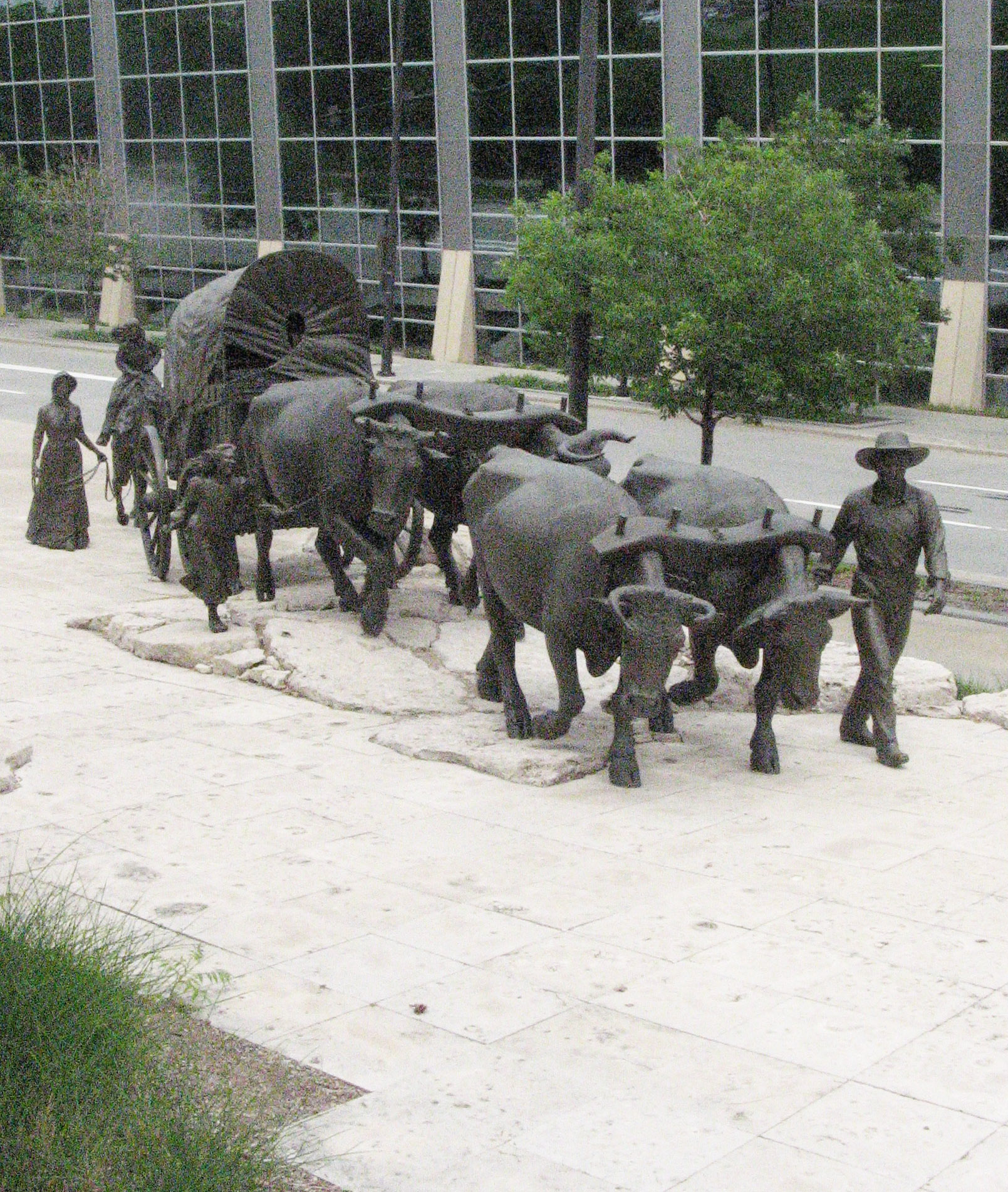 Economics is, of course, not just about money. It is about resources, all resources, and how we best use those resources to achieve desired outcomes. Almost anything of value – tangible or intangible – is a resource, and humans conduct transactions with all of them. Quaker economist Kenneth Boulding spoke of three modes of action that humans use for conducting economic transactions with our resources: threat, exchange, and love. In a threat system, negative consequences enter the equations: pay your taxes or incur a penalty, follow orders or face incarceration. In an exchange system, positive consequences are the rewards: work an hour and receive a wage, pay some money to be served a meal. Finally, in an economic system based on love, transactions take place altruistically: children are fed, charities are supported.

In much of the world today the prevailing ideology is that economics is only about exchange. In many peoples’ minds, both threat and love are largely outside the economic realm. In many circles, the one and only vision of the economy is the system we refer to as “private enterprise” or “free-market capitalism.” This view sees threat systems crushing under their own weight and yielding to superior market forces. It also dismisses Boulding’s “love economy” or “gift economy” as something not to be taken seriously, perhaps to regard as a part of our private lives, but not the stuff of the real economy.

In free-market capitalism, the core unit is the corporation. In the United States, the corporation has reached such a pinnacle that it is now even regarded in the law as a person. “Smart” money knows how to pull the strings of these puppet persons to achieve desired ends. People “in-the-know” control these corporations, and executives receive phenomenal compensation for managing them. Yet I would venture to say that a dose of unknowing is just what we need right now. While corporate capitalism is working marvelously for those at the top, the results are questionable for the rest of us. A dose of unknowing would allow us to examine our current economy more critically, and it would open our minds to new possibilities.

Viewed critically, corporations, like any “persons,” carry complex motivations and produce complex results. Corporate persons can sometimes act as healthy and productive members of society. Plenty of good has come from commerce, and Quakers are among the pioneers who showed how ethical capitalism could happen. Yet, a good bit of corporate behavior today is disconnected from human relatedness; sickness abounds in the population of corporate persons. As Buddhist nun Thanissara wrote recently, “[Corporations] have no feelings; they have no children, ancestors, or grandchildren. They don’t love, play, laugh, or understand the consequences of their actions. In short, they fit the perfect profile of a sociopathic and psychopathic psychology, whose only concern is short-term gain and what can be extracted from people and the world around them.” When actual human persons suffer from extreme personality disorders, we intervene. Yet we tend to look the other way when corporate persons behave in similar ways. Perhaps we need a different kind of unknowing here. Instead of looking away, we could look hard and then question whether our corporate geniuses and financial wizards are really moving the economy into a future of sustainable wellbeing for all.

In addition to opening our eyes to our current reality, an attitude of unknowing can also unleash our creative ability to develop new realities. One small, promising example of this is the evolution of a new category of corporations known as “B Corps.” This new corporate form addresses some of the most sociopathic behaviors of older corporate forms. (See www.bcorporation.net for information.) Under this new form, corporations legally obligate themselves to consider the impacts of their decisions not only on shareholders, but also on all stakeholders – including employees, suppliers, the community, and the environment. Any truly healthy person (individual human) would want to consider such consequences. Now some corporate persons do, too. But far, far too many do not. Perhaps we need “business schools of unknowing,” where alternative approaches to commerce are researched, developed, and studied.

Currently, mainstream economic studies are typically constrained by two assumptions – that a healthy economy is defined primarily by a growing GDP and that the quality of that economic growth is largely irrelevant to economic health. We might all benefit by unknowing those assumptions.

Traditionally, economists assess the national economy in many ways, measuring growth rates, price levels, unemployment, the money supply, and many other elements of the economy. In the United States, we receive The Economic Report of the President each year, which is chock-full of indicators.  And we take these indicators seriously, so seriously that the Employment Act of 1946 requires the federal government to “promote maximum employment, production, and purchasing power.” The extended Full Employment and Balanced Growth Act of 1978 further reinforces these goals, essentially mandating the pursuit of economic growth.

Our political leaders are charged with the work of increasing Gross Domestic Product because the growth of GDP is understood as equivalent to improved living conditions for all. The catch is, this is not a very good understanding of what makes for sustainable and equitable wellbeing. A growth in economic activity can impose severe costs on marginalized populations, and unwise growth today can undermine the viability of future generations tomorrow. An impressive average growth rate itself provides no guarantee that those in need will receive even a sliver of what they need. Inequality bedevils our supposedly advanced societies, both in this country and around the globe. We have become astute at promoting the wealth and power of the few, but if the poverty and destruction we witness today represent the best of our knowledge, more unknowing is in order.

Corporate capitalism today alleviates the worst of these disparities through an ambivalent support of the public sector. On the one hand, some things are just better done as public undertakings, which are financed by taxation and distributed by means other than market transactions. Think of the streets we drive on. While a few circumstances do exist in which toll-ways are viable, most of our streets, bridges, and sidewalks are open and accessible to all. It is just not sensible or efficient to build tollbooths at every intersection. A similar logic applies to courts of law, public safety, and, at least for some of us, mass transit, education, and perhaps health care. Corporate capitalism accepts this. As Oliver Wendell Holmes famously noted, “I like to pay taxes. With them I buy civilization.” However, not all capitalists like to pay taxes. A certain level of socially acceptable coercive pressure is needed to achieve compliance. Some citizens see this as oppressive. They are reluctant to let go of individualistic notions of freedom and liberty. This dilemma might be resolved with a little unknowing. We might open our imaginations to new forms of capitalism that freely embrace service to the common good, like B Corps strive to do.

I am happy to say that I am far from alone in my pursuit of what I call “the economy of unknowing.” I turn frequently to modern classics by E.F. Schumacher and Wendell Berry. My thinking is further enriched by the works of Riane Eisler, Mark Anielski, Sarah van Gelder, the Quaker Institute for the Future, YES! Magazine, and somewhat to my surprise, a few conservative economists, such as Arthur C. Brooks and Russ Roberts. Further, I find a rich trove of valuable thought about healthy economies in Buddhist writings, including the works of Thanissara and a volume edited by Tania Singer and Matthieu Ricard. A reading list for all these authors is posted at westernfriend.org/media/reading-list-economics. Finally, I am happy to say that even within traditional Economics Departments, “happiness research” is becoming a booming subfield, examining what makes for genuine happiness and for true wellbeing for persons, society, and all life.

One Quaker who entered the economic cloud of unknowing many decades back was John Woolman. Although his words were shaped by the gendered language of his day, Woolman presents a timeless vision of our economy:

Our gracious Creator cares and provides for all his creatures. His tender mercies are over all his works, and so far as true love influences our minds, so far we become interested in his workmanship and feel a desire to make use of every opportunity to lessen the distresses of the afflicted and to increase the happiness of the creation. Here we have a prospect of one common interest from which our own is inseparable, so that to turn all we possess into the channel of universal love becomes the business of our lives. (The Journal of John Woolman, 1871)

Each of us arrives on this planet sharing in that one common interest from which our own is inseparable. We don’t always know this. We don’t always structure our lives and our work in tune with this truth. We don’t always see the way. It is by entering willingly into the cloud of unknowing that we begin to glimpse a better path to the  good life.

Faith traditions around the globe and through the ages carry their wisdom in many different clouds of unknowing. Today we are closer neighbors than we used to be, and our interconnected and crowded living offers opportunities to learn that we are not separate from each other and are not separate from all of creation. Can we and will we turn all we possess into channels of universal love? Can we understand this as a starting place? If so, it may then not be all that perplexing and difficult to structure the business of our lives and achieve our economic goals.  ~~~

Tom Head is a member of Bridge City Friends Meeting, Portland, Oregon and Professor of Economics at George Fox University, Newberg, Oregon. The field of International Economics has been the focus of most of his professional work and much of his Quaker service, and he has a particular passion for contemplating the interface of world religions and global economics issues.