Is this the last gasp of racism in America? 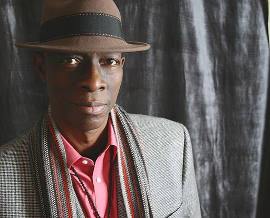 In an interview on the NPR show The Takeaway Tuesday morning, Keb Mo, an African American blues musician, said that the events of Charlottesville and their aftermath are part of the last gasp of racism reaching for enlightenment. That was moments before 45 started a press conference where he used his favorite rhetorical move, the false equivalency, to say that statues of George Washington and Thomas Jefferson send the same message as statues of Jefferson Davis and Robert E. Lee. That is some gasp.

A recent article from the Southern Poverty Law Center points out that when Dylann Roof tried to start a race war by killing nine black parishioners at a Charleston, SC church, he instead caused more cities and states to reconsider their placement of the Confederate flags and provoked more removals of flags and statues. But nine people died. The extensive list of public monuments astounds me — many erected after the civil rights movement of the 1960s. We have a really long way to go.

Keb Mo’s perspective appealed to me. I want to believe that we are moving toward the blessed community where all of God’s children will flourish. In a better world, all would see that racism is so self-evidently awful that enlightenment will erase it. And I want to even believe that the horrors of neo Nazism, white supremacy and the alt-right will be replaced by countervailing positives.

The Death of Pollyanna

But I am deluded by my Pollyannaism. That world view of “bad leads to good” really is a myth that I want to cling to, and I can’t. At long last, I have lost my Pollyannaism.

I do share Keb Mo’s belief that white supremacy, neo Nazism and the like are gasping. Like mushrooms, they have grown in the dark. Out in the Light, they can last for a while, but they break down. While organizers of the Charlottesville Unite the Right march did accomplish getting air time and the support of 45, they are also connected to the deaths of three people, violence and chaos. That can’t be what they had in mind. Had they not gathered in Charlottesville, three people who are now dead would not have been out in public. Had the march not been scheduled, the chaos and violence would not have occurred. However, these bad things can not lead to enough good to counterbalance the really terrible. Pollyanna doesn’t have a leg to stand on.

So I try to discern how this Quaker moves forward. I want to have a positive, nonviolent perspective and believe this is racism’s last gasp as all of us reach for wisdom in America. Through this lens, the outrage I feel at my nation’s leader can be unsurprising, even predictable as he hurries the end I desire. But even in that racism’s-end-time spin, I see the lacy edge of Pollyanna’s skirts. What about the  dispirited, hurt or dead? What about the present horrors? What must I see anew?

I listen for that small voice, the voice that guides. In silent worship, I listen to the messages shared by others. In my worship, I hear that it is time to get over myself, to witness without flinching, to report what I see, and to hold the space for others to witness and testify. I can investigate. Ever willing to meet my opportunities, I can marshal my energy. I can be ready.

Probably for the first time, I understand that this struggle, this last gasp will outlast me. It will surely outlast 45. Pollyannaism worked for me for most things for a long time, but now my eyes don’t immediately deflect to the bright side. The Light is shining differently, now. Maybe that is some of that enlightenment Keb Mo talked about.