What NOW? Dealing with Extreme Overload 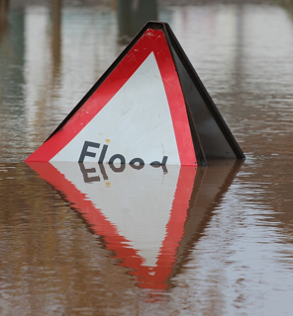 Life is often one-thing-after-another, but especially if you are watching the world stage, the past nine months have seemed a bit extreme. The antics of the US president and congress, resurgent racism, the massive refugee problems in the Middle East and Africa, nuclear warheads, all human made problems and dangerous. Then the natural disasters and human-aggravated natural disasters in the recent weeks of earthquakes, Hurricane Harvey, Irma, flooding, flooding, flooding our brains with much too much.

In the spring, I suggested going on a news diet. Limit the amount of time spent following the unfolding outrages of the 45th US president and you’ll feel better. And it worked; I did feel better. I could think more clearly, and I stopped to smell the roses, so to speak. And I found the energy to speak out, march and find hope in the common humanity working for good.

The past few weeks have, however, stunned and overwhelmed. How do you find the best thing to do? How do you effectively support loved ones in the face of unpredictable oncoming disaster? What about nuclear war? How do you estimate the results of your efforts to maximum your good work?  The needs are so very dire when contemplating the damage of the hurricanes and also the damage of our backward moving government.

The enormity of it all fairly well flattened me. All I wanted to do was hide and read mystery novels. After a few days of that, faith stepped in. Simple, heart-comforting and energizing faith that I can still hear the small still voice of God in meeting for worship with other Quakers and on my patio during my morning devotions. The world appears to be in worse shape than usual, but God is still present.

With the din of urgent disasters, social media, and all the rest, I didn’t hear that voice as easily. It took being flattened and pulling away to recuperate to once again connect with the God of my understanding. I had to quit trying to figure it all out and just pray for clarity. The act of praying was proof of my faith in a benevolent God. Whew!

But I could not pray for specific outcomes.  How could I possibly imagine the best outcome for the many urgently awfully events? That sort of overthinking led to my having been overwhelmed in the first place. I could only pray for clarity about my next step and for calmness in my heart to be able to act.

As I listened to the DACA speakers, a representative of the Green Party asked if I would attend a meeting. When I asked about their stand on nonviolence, it led to an invitation to help them address the division in their local ranks on this issue. Now this is something I can do. I felt more clarity, more calmness in my heart. Whew!

What about the next overload?

Some of the looming disasters are foreseeable. Hurricane season is upon us and is vigorous. Our government hasn’t really changed since last month, so more chaos will ensue. Displaced people all over the globe will continue to have astounding problems. Our planet and climate suffer. There are no easy fixes. So, it is safe to say that more overload and flattening stuff will continue to happen.

If I am to remain upright and functional, I must connect more deeply with my faith. I am grateful that my spiritual practice as a Quaker remained close enough that a few days of respite brought me back to prayer and action. When the inevitable occurs, I hope to instantly respond with prayer for clarity and calmness of heart to discern the next good thing to do.