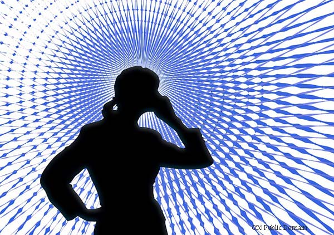 No kidding, the National Rifle Association (NRA) called a Quaker! The man on the phone even asked for me by name!

I decided to follow my own advice and listen to what the speaker had to say.  He asked me to listen to a tape of speech and to stay on the line afterward.  So I listened and stayed on the line.

The speaker was vitriolic. I wish I had caught his name, but I didn’t. He started with saying that the people on the left are very angry and they are going to break the law. He went on (and on) about the need to protect our families and nation against all dangers.  At the end of the 2 or 3 minute clip, the speaker lumped leftists and drug cartels in the same group of people who threaten the United States.

Wow, I thought. This is some very interesting rhetoric. Nowhere did he say that lefties would get guns, but the idea of the left was so threatening that he urged listeners to join the fight. Clearly, I am not the audience for this call. I got ready to talk to the person who called me.

“Did you hear the speech okay?” he asked.

“Do you believe in a strong Second Amendment to protect our families and our nation?”

“No, I do not. I don’t think the Second Amendment has anything to do with private gun ownership.”

“Well thank you for taking our survey!” And he hung up on me.

Stunned, I hung up the phone. I wanted to actually talk to the guy and tease out some of the ideas in the taped speech, but that wasn’t going to happen. And the Second Amendment wasn’t even mentioned in the speech. I would’ve liked to talk about that.

To find out who the speaker might have been, I visited the NRA website. On the “About” page I had another shock. The co-founder of the NRA in 1871 was a Union general, George Wingate. Oh no, my jaw dropped; Wingate is my family name, not my spouse’s name.

I’ve heard of this General George guy in the past. He worked for the railroad after the Civil War and put his name on quite a few whistle stops. When the rails were going to pass near but not go to a town, the railroad made station nearby and gave it a name. Hence, Wingate, Pennsylvania, for example. It seems that George was like a tomcat who had to leave a mark wherever he goes. I haven’t had the nerve to track down the genealogy to see if I am related, but this whole NRA research adventure had gone south, and fast.

I come from a gun owning family, although I have never owned one and do not want one in my house. I’ve written about communicating about gun control with people who value guns. And here I am, connected at least in name with the beginnings of the NRA.

As a Quaker, I seek the roots of my beliefs and my privileges. I have learned and written about how I benefited from slavery as my predecessors owned slaves to work their land. I also learned that Fort Wingate in New Mexico was deeply involved in the Indian Wars, especially against the Navajo, and served as a staging site for the Long Walk in 1864. And now I find another institution I abhor connected to my name.

Maybe I am part of the redemption of my family name. I will continue to listen to people I disagree with and hope to earnestly engage them. I will remember that while I am not my family’s past, I bear the marks of it. If the NRA calls again, I will again listen, and maybe be able to use my name to connect with the caller so we can have a real conversation.