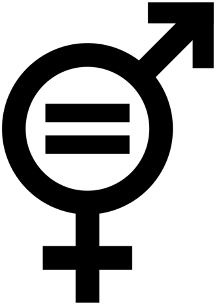 Quakers have had a good reputation for gender equity, but we aren’t so good at it, either. We live in our cultures and our times – total gender equity is still beyond our grasp.

Quakers have always held that women were just as able as men to hear the still small voice of God. Women were also equal to task of speaking, too. Quite unlike the mainstream Christian practice of the 1650’s, Quaker practice did not place barriers for women in religion.

Several early Quaker women travelled to share the faith. Early Quaker women also brought attention to the plight of the poor, insane and jailed. Many suffered as the men did for speaking as Quakers. In England and in America, Quaker women were jailed, whipped, stripped and dragged through towns, and in the case of Mary Dyer in Boston, hung by the neck until dead. Non-Quakers were often baffled by these strong women and by what to do with them. It was an odd equality.

Not long after Quakers undertook to do their business with men and women in the room and equal in the eyes of God, they ran into trouble. Wives had sometimes has trouble speaking against their husbands, and sometimes the men had trouble listening to the women. Despite the high ideals of equality, the Quakers were still part of late 17th century British culture which didn’t regularly practice women speaking their minds in public. So Friends developed a system of women and men holding their own business meetings simultaneously and passing minutes or resolutions back and forth.

Although the separation of business meetings was an imperfect solution that led to some imperfect decisions, it helped shape some prodigious women skilled at running complicated business meetings. Lucretia Mott, Sarah Grimke, Abigail Grimke, Betsy Ross, Dolly Madison and Jane Addams are familiar American Quakers. Quaker women took leading roles in the Women’s Movement and the Abolition Movement. And here, non-Quakers sometimes idolized Quakers for the way women were involved.

Today, women take on major roles in the Quaker world. The clerks of major organizations are often women as are the clerks of yearly meetings, quarterly meetings and monthly meetings. Women speak during worship in meetings large and small. And from the outside, there appears no impediment at all to Quaker women, at least among Friends.

But we still live in our culture. Men will speak louder and try to interrupt women, even in business meetings. While they often quail when their behavior is pointed out, these men have a hard time shedding the ways of the world, especially when challenged. I don’t think men’s comments necessarily hold more weight in Quaker gatherings. However, when they comment for some length of time, we wait until they are finished and then move on. That is our culture. We give men all the rope they take. Women generally don’t try to take more rope. That is our culture. In mixed groups, women speak more briefly.

Last summer I witnessed a creative, Quakerly response to people speaking off the point and men taking a lot of rope. I clerked a difficult business meeting with approximately 100 people in attendance. As the clerk, I contributed to the difficulty. I allowed people to say their piece even when they weren’t directly on the point. And I let a couple of men to return to the floor to speak a few times. The meeting lagged. Eventually we found our way, but I had led us into the typical pattern of women in our culture giving men all the rope they request. The Quaker version of this is we always give everyone room. And men get the most.

The corrective came that night. The young adults group created a skit lampooning that difficult business meeting. They invited me to come to the stage to be part of the skit which made clear that this was all in good fun. The heart of the skit was caricatures of people speaking off the point, speaking with no authority on the topic, and speaking several times without adding anything. They lampooned how Quakers can take space, especially the men, and how Quakers create space for it.

The young adults showed me how incongruous my actions and my beliefs can be. It was a clear reflection for me (and everyone else) to study. Their skit was out of frustration, to be sure, but it was funny and loving. That, too, is Quaker culture.

Quakers don’t have this gender equity thing completely sorted out. We do have a culture that is self-critical, that constantly sets our words and deeds against our testimonies. Quakers can model self-criticism with love. Although we may do better than many faith practices in terms of gender equity, that bar isn’t quite high enough to be meaningful. We have work to do.