Without Gun Control, How Do We Protect the Innocent? 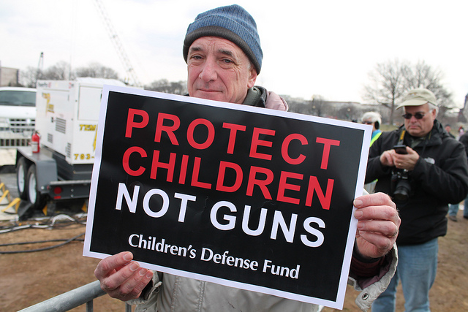 Today, elementary school kids, last week church goers, last month concert attenders. All dead or injured by a person with a gun he didn’t need to feed his family or defend his property. A person who intentionally went way out of his way to hurt people, innocent people. I have grown weary of arguments against gun control.

No matter what Kool Aid you drank at the NRA open bar, no matter what your Papa or Grandpa said about gun ownership, you have to see plainly that the world has changed. The old rules and platitudes no longer apply or placate. Too many people are killing too many other people for us to shrug our shoulders while repeating tired rhetoric.

This Sunday, Richard Parker wrote cogently about “Why Christians Must Support Gun Control.” And he is from south Texas. Early in his article he speaks of the church in Sutherland Springs where the killings occurred. He points out that the building is to be bulldozed.

This is what America’s response to mass homicide has come to. We don’t remove the killing machines that have put tens of thousands of Americans in their graves or hospital beds in this century, but we do demolish the First Baptist Church that has stood at this lonely crossroad for nearly a century. It is this doomed site, rooted in the black soil, that cries out for people of faith to act.

The italics are mine. And this phrase sets the stage for his unfurling argument connecting faith with our state of affairs with guns.

I won’t pretend to know the mind of God, so all I can offer is a simple guess at what he would say: Stop the killing. Of course killing will never end, completely; we are imperfect creatures of free will, prone to sin — the absence of good — as well as beauty. But that is categorically different from allowing the proliferation of machines solely designed to kill large numbers of people quickly, machines that bear no more semblance to a rifle than a nuclear weapon does to a firework. And the sin of omission — doing nothing — is nearly as bad as the murder itself.

Parker all but screams that by refusing to control guns, we are complicit in these murders.

As a Quaker, a pacifist, a Christian, and a mom, I have argued for gun control for decades. I’ve written about the gun culture I grew up in and tried to be balanced about the whole thing. No longer. I quit. I am not going to reach out to the other side anymore when it supports the machines that kill as if no one is really responsible for the innocent deaths. “Guns don’t kill, people do.” Oh please. What kind of point is that anyway? The common denominator in the repeated massacres is the machine, the gun. There are far too many of them. We need to control them. Melt them. Snap them into bits.

Parker brings the argument squarely back to religiosity. He reminds us that all the Abrahamic religions are charged with protecting the innocent. And in the US, we have been doing a truly lousy job of it. Whether because of political party loyalty or deep distrust of the government, we have allowed our fears to turn into innocent corpses. And that is wrong. Parker describes some of the fault lines emerging in God and Guns equation, but he ends by wondering if God will forgive us if we don’t change our ways.

Thanks to Mr. Parker, I have more courage to speak plainly about gun violence and religion. I have been polite and reasonable in hopes of creating dialogue and viable compromise. I know that my brand of radical nonviolence is not for everyone, and I don’t intend to cram it down anyone’s throat. But gun control is not radical. Protecting the innocent is fundamental to my faith. And so are the familiar commandments: Thou shall not kill; Love thy neighbor.

What are you thinking, Christians in America, when you say we need unrestricted access to guns? Today, guns were the instruments of killing innocents; last week for killing neighbors. Tomorrow, we must make it much harder for people to purchase guns. Tomorrow, not next election cycle.