Quakers in Name Only? Palestinian Speaker Cancelled at Friends Central 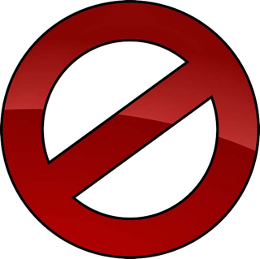 Last week, Friends Central School in Philadelphia suddenly cancelled a speaking engagement arranged by a student group. The problems with this decision are legion, but I am going to stick with examining Quaker process and the testimony of integrity.

Sa’ed Atshan,  a well-respected professor of Peace and Conflict Studies from Swarthmore College who is a Quaker and a Palestinian, was invited by the Peace and Equality in Palestine club, a student group, to speak at Friends Central.  Shortly before he was to speak, Atshan was disinvited.

No one announced a reason for the disinvitation. There is a widespread belief that his talk was stopped because of Atshan’s support for the Divestment, Boycott, and Sanctions movement which applies economic pressure on Israel to end the occupation of the West Bank. Others have opined that since so many students and donors at Friends Central are Jewish that someone threatened to withdraw students or funding. After students and faculty protested and the cancellation became news, the head of the school, Craig Sellers, posted a statement that the administrators had meant to postpone and reconsider speakers on this hot potato issue, not cancel them. The statement went on to admit that they had moved too fast and they plan to do better. But the story was out, process had been abridged, and integrity had been called into question.

A small group (or maybe just one) administrators decided to cancel this speaker. And when students and two teachers protested the decision by walking out of meeting for worship, the teachers were put on administrative leave, their emails shutdown and the locks to their rooms changed. This head spinning reaction seems like something we would see in the White House these days. According to news reports, no one said, “Hey, this is unusual. Let’s stop and hold this situation in the Light and seek Divine guidance.”

Quakers have several methods for discerning the way to move forward, but none of these were employed before the cancellation.  There were no threshing sessions, listening sessions, or clearness committees about these decisions before they were made. I know that non-Quakers find our decision making processes cumbersome and painfully slow.  I also know that we find unity in Spirit-led discussions and that we move forward together.  Friends Central may have come to the same decisions if they had used Quaker process, but because they didn’t use the processes, the school is in the news for being reactionary, close minded, and racist (both teachers were women of color). This is not good for any school, much less one that purports to be a Quaker educational institution. They have backtracked and promised to do better, but how did they ever get in this position?

Quakers make a big deal of telling the truth simply and without ornament. In finding the truth, Friends also make a big deal about listening to all sides, gathering information and double checking facts. So here is where, I think, lies the rub. Some people at Friends Central felt that they had to stop a planned event and to react quickly and firmly to protest. They painted themselves in their tight corner with not enough listening, not enough information gathering, not enough double checking and so not a lot of integrity. Now the students, parents, teachers, administrators, trustees and donors of Friends Central are in an uproar.  It is going to take a while to quiet this down, and it will take even longer to regain the trust of all parties. Discerning and clearly stating the unadorned truth would have been easier. Honest.

What an Opportunity to Reclaim Their Name!

What a great set of lessons for everyone involved!  If you are going to teach students about Quaker values and testimonies in the abstract, don’t be surprised when they apply them in reality.  A group  students sought out a speaker to inform them, and then a larger group protested when the speaker was cancelled. If faculty members are to teach those values, then they are likely to become role models. “Don’t put up with being silenced” is what the teachers’ actions said to the students. And now the Board of Trustees and the administration get to review Quaker process and recommit to it, whether or not they are Quakers. If Friends Central is really a school inspired and informed by Quaker beliefs, then it had better work harder to behave like one.

One could see the upset at Friends Central as a microcosm of the larger national story.  In her reporting about this incident, Dana Difillipo puts Atshan’s disinvitation in the context of many others that are tracked by the Foundation for Individual Rights in Education.  The reaction, re-reaction and then more fallout mirror how all conflicts in the news are being played out. I suggest that we say to ourselves and each other, “Hey, this is unusual. Let’s stop to hold this issue in the Light and seek Divine guidance.”