I need a miracle. I cannot bring into the world all the good that I want, no matter how much it is needed. But by some miracle, I can learn to play my part.

Our Quaker faith was born into a time when knowledge was becoming understood as being directly accessible to all people willing to exert the proper effort, not as only accessible to and dispensed by anointed priests. Guttenberg launched the mass production of printed books in the mid-1400s. Luther challenged the corrupt teachings of the Christian hierarchy in 1517. Descartes, Galileo, and Newton refined the rules of empirical reasoning in Europe in the 1600s, laying the groundwork for the rapid expansion of human manipulation of the natural world, based on zillions of meticulous observations and measurements that followed.

A raw experience of God’s direct teaching inspired George Fox to share that teaching with the world. “And this I knew experimentally,” is the often-quoted phrase that Fox used to describe the immediacy of his experience of God’s influence in his life (1647). In that newly empirical age, Quakers developed a sort of scientific method of the Spirit, to test the validity of individuals’ spiritual experiences. According to Robert Barclay (1678), God has given humanity “a spiritual divine Light to rule in the things spiritual and the light of reason to rule in things natural.” He describes the divine Light as an objective force that is “the ministration of mercy and love in those that reject it not . . . [and] the ministration of wrath and condemnation in those that do reject it . . .” By way of analogy, Barclay observes, “The nature of the sun is to cherish the creation, and therefore the living are refreshed by it, and the flowers send forth a good savor as it shines upon them, . . . [but] cast forth a dead carcass, a thing without life, and the same reflection of the sun will cause it to stink . . .” Since early Quakers knew very well that individuals are prone to errors of perception – sometimes even confusing a good savor with a stinking one – they quickly developed a practice of gathering themselves together to determine the truth of each others’ perceptions concerning where the path to goodness actually lies, a sort of spiritual peer review. “Being orderly, come together . . . to proceed in the wisdom of God . . . [In] unity and concord, submitting one to another in lowliness of heart, and in the holy Spirit of truth and righteousness, all things [are] to be carried on; by hearing and determining every matter coming before you, in love, coolness, gentleness, and dear unity . . .” (Edward Burrough, 1662) 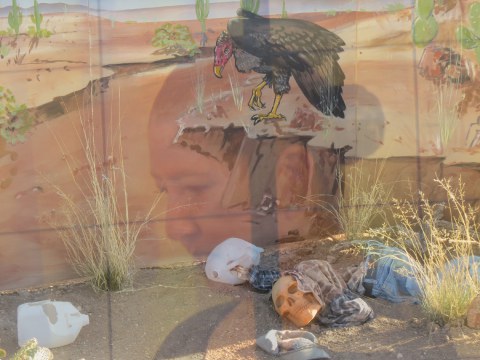 Quakers have been effective practitioners of mercy and love in history when we have rejected blind adherence
to the teachings of the mainstream social order and have labored together to see – by divine Light – the path to universal goodness. In an increasingly crowded world, humanity needs more methods for finding paths to the common good. Quaker faith and practice can contribute some of these methods. When countless cell phone cameras expose the dead carcass of “public safety” in communities of color, Quaker alternatives to violence can help show the way toward real and durable practices of public safety based on mutual respect, equity, and accountability. When the dead carcass of unbridled consumerism smothers our planet with toxins, creates dead zones in our oceans, murders whole species of our fellow creatures, steals health and dignity from the vast majority of our fellow humans, our Quaker traditions of simplicity can help light the way toward environmental sustainability. Achieving these and other good ends are beyond my strength alone. I need a miracle, and I need to play my part in a community that is seeking to put the Light of our faith into action.