Skip to main content
View other articles in "On Mediation" issue of magazine.
January 2020, February 2020

Love and truth spring forth in all times and all places – even in the hearts of chaos and corruption. We strive to follow the Good Way, but only in vain can we define it. Dust devils of DNA whirl down the generations, rampaging, making things new, making things fit, breaking eggs to make omelettes. To our surprise, we arrive in this life. Then we do our best to do the right thing, never really knowing all the good and all the damage we are causing.

In the 1650s, James Nayler was widely recognized as a defining figure in the new Quaker movement, renowned for faith-filled clarity and charisma. He submitted himself without restraint to religious fervor, and in doing so, he was judged by most to have gone too far. He performed a piece of religious street theater that too many people found offensive (reenacting the tale of Jesus riding a donkey into Jerusalem). He was arrested and convicted of blasphemy by the English Parliament, then tortured publicly and imprisoned for years. In self-defense, the newly forming Religious Society of Friends distanced itself from Nayler’s actions and developed a fairly tight set of new practices for deciding which actions in the future would be deemed to be “in good order” and which would be grounds for disownment. Upon his release from prison, Nayler resumed his former role as a Quaker evangelist, but with more restraint, conforming himself to his community, and continuing to profess the Quaker Way right up to his deathbed: “There is a spirit which I feel that delights to do no evil, nor to revenge any wrong, but delights to endure all things, in hope to enjoy its own in the end. Its hope is to outlive all wrath and contention, and to weary out all exaltation and cruelty . . .” (1660)

For humans, the spring of Life wells up in community. The weights of dumb habit and delusion press us down, and the spring of Life says NO to such oppression and YES to love and truth. In the beginning was the word. The word grants us power to define what is welcome among us and what is not. Then the Good Way ignores all our definitions and surges forward into experimentation.

Proto-human experimentation discovered that not all steps in the digestive process need to take place inside the body. Fire can do some of that work. Inside the body, cooked food requires less energy to digest completely than raw food does. Proto-humans became humans. Our jaws and guts grew smaller over the generations, compared with our chimpanzee cousins. And our brains grew bigger. We can no longer thrive on raw food alone. Burning stuff is part of our physiology.

Living in community is part of our physiology, too. We need each other to figure out how to control what we burn and to lead each other into becoming our best selves. Jack Clark, who has so far coached the University of California rugby team into winning twenty-three National Collegiate Championships, said, “We define leadership as the ability to make those around you better. This is accessible to everyone – not just the most charismatic or best player. It’s a requirement on our team that every player possess some leadership, and try to make those around him better.” (2011) 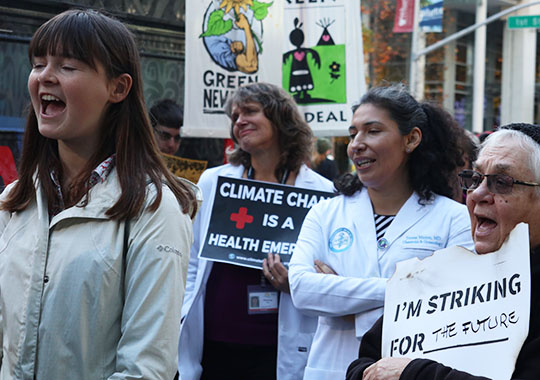 James Nayler invested his life in trying to make those around him better. And the Friends around Nayler struggled with him to help make him better, too. They saw themselves together as fighting “the Lamb’s war” against “the god of this world.” Nayler challenged each of us to decide which side we are on: “[Now] see what party you take, who hath hired you, and whose work you are in. Or are you idle, looking on?  . . . [Do you live] a life of gentleness, meekness, faithfulness, and truth, exercising a conscience void of offense towards God, and all men, that thereby you might shine forth in righteousness, so as to convince your enemies whom you pray for . . . ? Is this your war and these your weapons?” (1658)

Gentleness, meekness, faithfulness, and truth – these spring forth in our world today, up against the pressures of dumb habit and deception, up against chaos and corruption, up against the forces of empire that would have us all lie down in despair. The spring of Life can flow through us, too, if we help each other mind our Way, bearing health and joy for all who would accept them. ~~~