What if the World is Abundant? 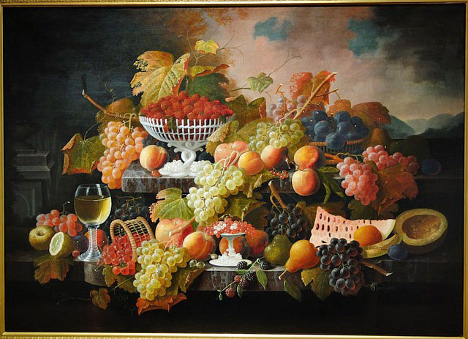 What if we think of the world as abundant instead of limited? What if we unchain our imaginations and believe that there are funds and energy for all good things?

My husband (lo, he the long suffering) calls this Molly’s alternative universe. Trained as an attorney and raised in a mainstream church, he is tied pretty closely to the “real” world. He provides ballast for my flights of imagination. But what if we just let go of the chains of finance and exhaustion and allow ourselves to think about abundance?

Recently my little Quaker Meeting discovered it had a sewer line problem, and its repair cost just about double our annual budget. I am no longer on the meeting house committee, and for obvious reasons, I am not anyone’s first pick for the finance committee. So, I wasn’t responsible for solving this problem.

Another helpful phrase from my husband is “Not my committee” – NMC for short. I had the God-given freedom to ignore all boxes when thinking about this problem. I remained steadfast in my belief that the world is abundant, and we would figure this out. We had an added pressure to accomplish the repair because we were hosting a regional gathering of Friends, and we needed the bathrooms to be functional.

As the excavation continued, things only got worse. We had some problems that no one had anticipated, costly problems to update a 50-year-old line. In discussions about our options (none seeming very good), I repeated my stance, and faces would go slack with incredulity. “I think she really believes what she’s saying.”

In the meantime, donations for the repair started coming in, one of our members wrote a grant for support of the repair, some members were willing to lend the meeting money, and our ever-clever bookkeeper was finding reserves. I call that abundance!

And then we discovered that our sewer line was backing up because the city had bored a water line through it. No wonder our sewer line had mostly collapsed. This explanation for our problems had never occurred to anyone, not even the contractor who was doing the work. While I held fast to my NMC position, I had been following events as they unfolded and really enjoyed the full pleasure of this “Holy Cow” moment.

The line was repaired in time for our guests, and the efforts of many resulted in us having enough money to pay the contractor.  We were feeling pretty lucky. And then we filed a claim with the city for having collapsed our sewer line.

One member is a banker and my afore and often mentioned husband is a business and real estate attorney. Between the two of them and our contractor, the city was made to see the error of its ways. They agreed to pay for the repair of the line which was about half of the total work. It didn’t hurt that we are talking about a House of God. But clearly, this was a good outcome.

Now that is abundance! We can repay the money we borrowed, and we can figure out the best thing to do with the rest.  Isn’t that terrific? I wonder what we’ll do with this abundance; I know I have some ideas!

In this case, my “alternative universe” perspective worked out just fine. I don’t claim that it always does, but with the outlook of abundance instead of scarcity, I didn’t use up so much energy worrying. An added bonus is that my perspective entertained and amused those who were worrying. Perhaps I lightened their load a bit.

I am working on perfecting this micro use of abundance as an attitude.  No doubt, my life as chief household budgeter is going to improve, and that will be a good thing for me and my loved ones. Next, I want to take it to larger and larger issues. Even global issues. Stay tuned!