What’s Hell Got to Do with It? 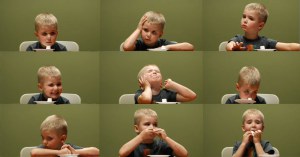 There are those who think that without the threat of Hell, no one would be good. The consequence of bad behavior is going to Hell, and being roasted in damnation for all eternity. So don’t do it. Do what?, you may ask. There is no shortage of recommendations: Don’t do that which is proscribed in the Bible. Don’t hurt others. Don’t kill, don’t take that which is not freely given, don’t engage in illicit sex, don’t tell lies, don’t speak divisively, don’t speak abusively,  do abandon greed, and ill-will. . . The list goes on.

There are a lot of don’ts, and most of them concern activities that aren’t particularly appealing. After all, we kill, steal, lie and etc mostly to avoid what we see as worse outcomes, rather than for the fun of it. It might be easy to avoid the don’ts if it weren’t for the little matter of temptation.  Satan is known in certain circles as The Tempter, whose job is the solicitation to that which is evil. Apparently, he can make being bad pretty appealing. Whether we conceive of Satan as an actual being or as some sort of metaphor, huge amounts of literary and artistic oeuvre documents that there is something which drives us from time to time to do things that are amoral, immoral, sinful or otherwise bad ideas, and the drive can be quite strong.  As Oscar Wilde said, “The only way to get rid of temptation is to yield to it. . . I can resist everything but temptation.”  That sounds like me in the ice cream aisle.

What is it about sin (In case you’ve forgotten, the seven deadly ones are: pride, anger, envy, greed, gluttony, lust and sloth), vice, or more broadly, behavior which offends not just God, but the people around us, that is so alluring? It could be that the behaviors that many cultures deem immoral are ones which may benefit the individual, while harming the group. Of the ten commandments, all can be seen to affect the transgressor’s society directly. Consider:

Ancient Hebrews saw sin as a failing of the community, whereas Christians and Muslims associate sin with individuals. Either way, the compelling aspect of any story about the temptation to do wrong seems to lie in the tension inherent in resistance. If virtue really were its own reward, and it weren’t for temptation, would there be any virtue in virtue? Or as comedian and author Joey Adams put it: “Don’t worry about avoiding temptation. As you grow older, it will avoid you.”

Behavioral Economists and Social Psychologists have spilled a lot of ink reporting on testing and validating the theory that avoiding temptation altogether is easier than overcoming it. Various studies, including Walter Mischel’s (in)famous Marshmallow Experiments of the 1960s and 1970s (in which young children are offered one marshmallow to eat immediately or two if they wait for a while, enduring the wily siren song of sugary goodness, testing their wills often to the hilariously documented breaking point) demonstrate that resisting temptation takes considerable effort and energy. They name these common phenomena things like Ego-Depletion, Self-Herding, Hyperbolic discounting,Ulysses contracts and such-not, but  anyone who has a four-year-old
or a Congressman knows that forbidding a thing renders it doubly sweet.

They’ve also shown that without pre-commitments, we tend to keep falling for temptation. Dan Ariely, in his Duke University courses gave his students the choice to either submit all their coursework any time they wanted as long as it was by the end of the course, or to commit to submitting their workload according to a schedule throughout the course. The ones who pre-committed completed more of their coursework and got better grades. Without the pre-commitment, the temptations of procrastination were just too great. (See Ariely’s Predictably Irrational, 2009.)

What these studies might have to say about Hell, is that the concept is pretty useful in terms of manipulating human nature, and encouraging people to behave nicely for fear of going there. The threat of Hell gets people to avoid temptation altogether rather than have to overcome it, and it gets them to pre-commit to virtuous behavior. There is a utilitarian value to Hell, as it leverages the tension between us (who do good) and them (who do bad), the individual (who can benefit from freeloading) and society (which suffers from freeloaders) to the benefit of society as a whole.

And while it might be true that there is tension between the needs of the individual and those of the community, it is also true that, in the words of Thomas Gates (Pendle Hill Pamphlet 371, 2004): “In Quaker faith and practice, the individual and the meeting are in a dynamic, mutually supportive and reciprocal relation.” This Friend thinks that all the Hellfire and fury, Hyperbolic discounting and other deep thinking about behavior and manipulation may yield true and valuable insights, but miss the point. In my experience of the spiritual journey, the more I concentrate on actively appreciating others, being grateful for everything and participating in a shared sense of spirit, the less I feel tempted by bad behavior. When I concentrate on problems, they get bigger. When I concentrate on solutions, they get bigger. It’s that simple, and it ‘tis a gift. ~~~

Jasmine Krotkov is a member of the Montana Gathering of Friends (NPYM).