Too Full of Himself 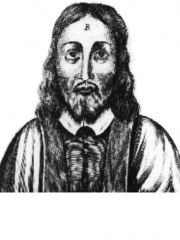 “I abused my power,” James Nayler wrote to the Quakers. The year was 1659. Nayler was forty-one years old. He had just spent two years in prison.

Years earlier, Nayler started out as a farmer in England. At the age of twenty-four, he left his wife and children, and he went to war. It was 1642. The First English Civil War had begun. The fight was about who should rule the country – the King or the Parliament. Nayler fought for the Parliament.

Nayler went back to his farm in 1651. One day while he was working outside, Nayler heard a voice from heaven. The voice told him to leave home again. It told him to become a traveling preacher. That was the same time that George Fox was beginning to preach. Nayler and Fox met each other. Then they traveled together often during the next three years. That was the start of the Quakers.

Nayler was one of the most famous Quakers of his day. People loved to listen to him. They loved to hear him win arguments with people who hated Quakers. Some people thought he seemed like Jesus. Many people followed him. 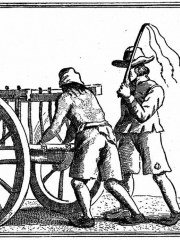 Different groups of Quakers started having different ideas. Some of them argued with each other. In 1655, Nayler went to London. He got in the middle of an argument between two groups of Quakers. George Fox was on the other side of the argument.

Fox and Nayler were still mad at each other. Each one thought the other man was too proud. Fox went to visit Nayler in jail. When Fox got there, he wanted Nayler to kiss his hand. That would show that Nayler thought Fox was the better man. Nayler would not do it.

Nayler was only in jail for one month that time. When he got out, seven of his followers met him. Then they traveled through the countryside together, preaching about Jesus. They had a horse with them. When they entered the town of Bristol, they acted out a story from the Bible. Nayler rode the horse into Bristol just like Jesus rode a donkey into Jerusalem. Nayler’s followers walked in a parade with him. They sang “hosanna,” just like the followers of Jesus did.

People in the town of Bristol were shocked. Many Quakers were shocked, too. It seemed like Nayler thought that he was Jesus. In the Church of England, it was a crime to say or do anything that might insult God. That was a crime called “blasphemy.” 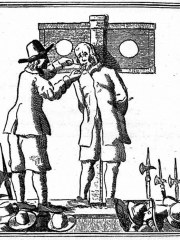 Nayler was arrested and punished for blasphemy. They whipped him. They put him in a trap called a “pillory.” People threw things at him. They poked a hole through  his tongue. They branded his forehead with a “B” for blasphemy.

The Quakers forgave him. When Nayler got out of prison in 1660, he was forty-two years old. He began traveling again as a Quaker preacher. But he was attacked by robbers that year and died from his wounds.

On his deathbed, Nayler wrote some of the words that Quakers love best: “There is a spirit which I feel that delights to do no evil, nor to revenge any wrong, but delights to endure all things . . .” ~~~