Friends are not known for large families. However, it is my experience that many members of the Religious Society of Friends are like most people in the USA – we are generally unaware of the connections between what we hold dear and the growing number of people in the world. Human population growth is an “elephant in the room,” which we typically avoid or ignore. 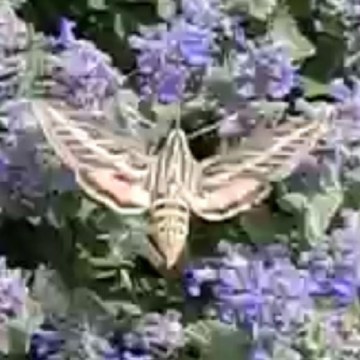 What Quakers hold dear is expressed in a mnemonic that summarizes our traditional testimonies, “SPICES,” or Simplicity, Peace, Integrity, Community, Equality, and Stewardship. To examine the relationships between our testimonies and population growth, I am going to take the SPICES mnemonic backward.

Stewardship: We are all part of the great web of life and depend on that web for the essentials – air, water, and food. Yet we are poisoning the air and water, overharvesting fish and other resources, and causing the extinction of species at 1,000 times the normal rate. Symptoms of our abuse include hermaphroditic freshwater fish, global climate change, and increases in chronic illnesses like childhood asthma. It is easy to lose the broad view if we look at the situation problem-by-problem. The underlying difficulty is that there are just too many people consuming too much.

As a specialist in women’s health, I have met many women who have had unplanned pregnancies or have more children than they can manage. In my years of practicing medicine, I have met many people who wish to manage their fertility better. However, I have met very few who wish to consume less. Most people want larger homes, more money, and more things. This is why I feel so strongly that we need to pay more attention to solving the problem of excessive human population growth.

Equality: Friends have always believed in “that of God in every person.” Perhaps it is finally time to extend our awareness of “that of God” to nonhuman beings.

In his book The Ravenous Brain, neuroscientist Daniel Bor concludes that the mental processes of several animal species are similar to our own. It is only because they lack speech that we assume there is little going on in their heads. One famous animal who underscores this point is Koko the gorilla, who does converse with humans and knows 1,000 words based on American Sign Language and understands twice that many in spoken English. Most people who live with a beloved pet (with mammals, at least) see that pet as able to read human emotions, able to exhibit the “human” skill of empathy.

All these creatures deserve the same essentials of life that we do – clean air, clean water, and healthy habitats to live in. But all over the world, humans are invading the habitats of other creatures; our expanding numbers and our expanding consumption are the primary means of extinction of other species, our brethren.

I do not consider the prairie flower and the white lined sphinx moth (my second favorite species) to be my equals. Humans are my favorite species, of course! But I do believe that we need to respect and protect the place of every species in the great web of life.

Community: Friends like to celebrate the breadth of our diversity – we are a community that spans many nations and many theological perspectives. But when it comes to our sense of community with other species, our view is rather narrow. We generally focus on just a few species of animals and plants that give us most of our food, ignoring countless other species.

Consider the unsung heroes in the world around us: the nitrogen-fixing bacteria that attach to the roots of legumes and the mycorrhizae that help so many plants to grow; the trees that convert carbon dioxide (one of our waste products) into oxygen and wood; the insects that pollinate plants (I love to watch bumble bees at work!); and the decomposers, which generate humus, essential to soil.

Integrity: When Friends speak of “integrity,” they often mean, “telling the truth.” In this sense of the word, our current patterns of resource consumption lack integrity because they lack truthfulness. Consider the truth of a gallon of gasoline, a product that most of us buy. While we might pay $2-4 per gallon at the pump, a more honest price would be in the range of  $10-15 per gallon. That more honest price would include: $4-6 for military spending to protect “our offshore suppliers,” $2-3 to mitigate human health damage from pollution and the cost of climate change from CO2 emissions, and $1-3 for other externalities such as “free” parking, damage from traffic accidents, and government subsidies.

Another sense of “integrity” is “to be whole and undivided.” In this sense also, our rapidly expanding human population and resource consumption lack integrity. Human activities, especially those of rich countries like the USA, are rapidly destroying the biological integrity of our Earth.

Strawberry Creek Monthly Meeting in Berkeley, California, has developed a wonderful project to help Friends begin to improve the integrity of their resource consumption. They have instituted a voluntary “dime a gallon” tax on gasoline. For each gallon of gas that a person buys, they are invited to donate ten cents to the Dime-A-Gallon Fund. The meeting then uses this money “. . . to support projects that further our dream of a world that is more peaceful, more just, and organized around caring for, rather than destroying, the very sources of life itself.”

Peace: This one word probably does more to typify our Religious Society of Friends than any other. It is also the reason that I first became concerned about human population growth. In 1960, I read an advertisement in Scientific American, signed by “distinguished citizens from 17 countries, including 34 Nobel Laureates,” who stated: “WE BELIEVE that widespread, effective, and voluntary use of medically sound and individually acceptable birth control is an essential factor in any humane design to raise world living standards and achieve international peace.”

Now, 55 years later, there is even more reason to believe that increasing human population is increasing the risk of armed conflict.

Simplicity: Friends try to lead lives of simplicity, which in terms of resource consumption is good for the planet. If all people on Earth lived as residents of the USA typically do, we would need more than four Earths to support us all! People who live simpler lives have less impact. Indeed, my rough calculation is that a person in the USA has 7 times the impact of a Kenyan. Thus, an only child born in the USA would have roughly the same effect as a Kenyan child with six brothers and sisters!

I have been lucky to find my spiritual home in Quaker Earthcare Witness, which has held human population growth as a concern for many years. It is important for all Friends to keep in mind that humans have outgrown our planet. Our use of Earth’s resources is manic and unsustainable. Our grandchildren will suffer from our actions. To learn more about this critical issue, see QEW’s working documents on human population growth at quakerearthcare.org.

Richard Grossman is a member of Durango Monthly Meeting (IMYM). He came to the west in 1970 as a conscientious objector doing alternative service as a general practitioner in Questa, NM, and was the first physician to live in that town. He recently retired from the practice of obstetrics and gynecology, but still works on several population-centered projects. He writes the world’s only regularly-appearing newspaper column on population issues, published in the Durango Herald; past essays are available at population-matters.org. Contact him at: richard@population-matters.org.