Skip to main content
View other articles in "On Politics" issue of magazine.
July 2017, August 2017

Run for public office! It’s the best way a single person can influence the decisions that affect the citizens of your community. You and your opinions will be taken seriously. You will influence public opinion. If you win the election, your vote won’t be just one out of thousands. It will be one out of five-to-nine members on a governing board. More than being taken seriously, your ideas will be sought. 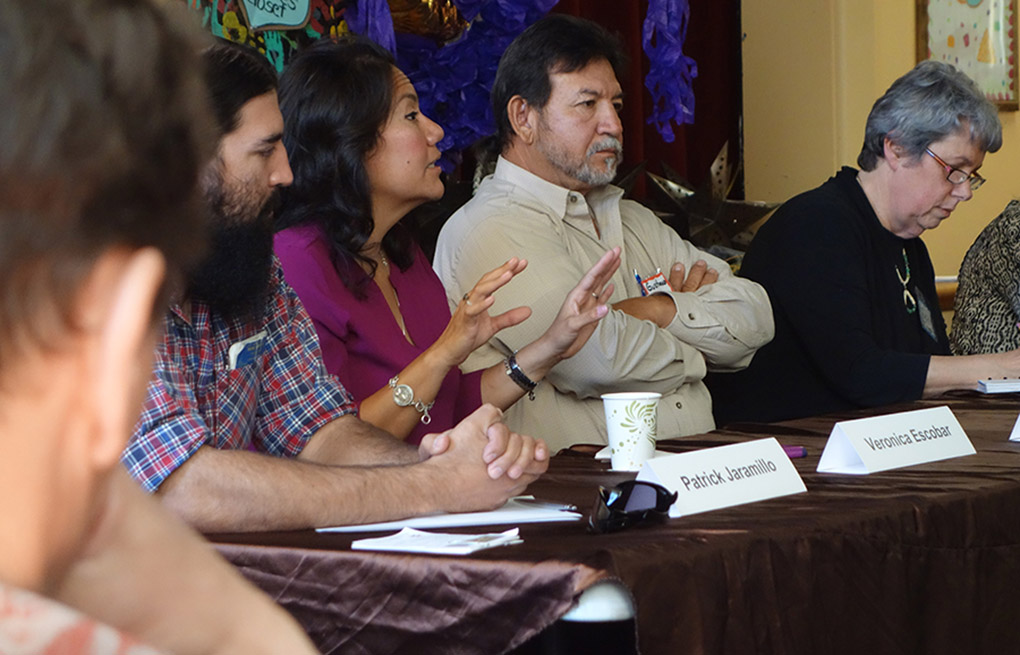 Friends shouldn’t avoid participation in politics. We shouldn’t stand by and lament when we see health care for the poor gutted by our U.S. Congress, when we see Syrian refugees turned away from our country, when we see American mass incarceration, when we see a river polluted, or when we see our government change laws and policies in ways contrary to our testimonies and beliefs.

We can do a number of good things when we hear about new offshore oil-drilling, or lead in our children’s drinking water, or cuts to state preschool programs – and many Friends do. But one of the best ways to take direct action is to run for office yourself.

When Elizabeth Frye saw horrible conditions in centers for the insane, she didn’t say, “Oh, what a shame!” She took action. When Quaker pacifists saw the horrors of World War II, they didn’t submit to fate, they chose to be conscientious objectors despite the hardship and calumny that choice brought upon them. I recall a Friend once saying to me, “Politics? That nasty business!” That’s not what William Penn or George Fox himself would have said.

Run for public office. You will be listened to, and you will be taken seriously, because you might win. Then, more than a public influencer, you will be a decision maker.

When you run for office, you will spend hundreds of hours of your time, thousands of dollars of your money, and you will probably lose. Most first-time candidates lose. They lose the election. They do not lose their influence. They grow stronger. And so can you.

When you run for office, our Quaker values and our Quaker ideas gain excellent exposure. You greatly increase the chances of getting elected the next time you run. Abe Lincoln lost more elections than he won before he became president.

Most successful political candidates run for a local, obscure offices first: mosquito abatement board, water board, fire district, hospital district, school board, community planning district, town council. All are important public services. National and international issues get the headlines, but the issues that most directly affect you, your family, and your community are local ones.

Occasionally you can win just because nobody else files to run. A more common pattern is to run and lose. Next time, run for a slightly higher office, lose, and then run for another higher office, and win. Eventually you will have enough exposure and name recognition to win. People will admire your grit and perseverance.

When you win an election, you have an opportunity to put our Quaker values to work in the public sphere. As an elected official, you have a better chance to reach your goals, whether they are for schools, childcare, health care, community college, or conservation of natural resources.

In 1975, I visited my daughter’s junior high school principal and requested that he allow her to take Industrial Arts instead of Home Economics. He actually laughed at me. Two years later, after I’d been elected to the school board, that same principal sought my advice and listened carefully as I suggested ways to implement the (then new) Title IX, requiring equal treatment for girls in athletics.

Running for public office is a major commitment of your time and resources. You can’t do it alone, so plan to ask many people for help. Most candidates need to raise money for their campaigns. It takes a team effort. Sometimes you will feel alone and discouraged. You will have to remind yourself why you are running: It’s because you want a better life for every person in your district. It’s because you want to share your Quaker values. It’s because you want better schools, clean water, more help for the homeless, less corruption, more transparency in government – whatever goals you seek.

If you don’t win the first time, analyze how you could do better, and run again. You will know more people who can help. Your experience as a candidate will give you an advantage. Campaigning is a lot of fun, an exhilarating game, as well as serious work. Even if you never win, forever after you will be a recognized expert on political issues. Your opinions will be sought and respected.

If you can’t run for office yourself, you can still vote, contribute money to a campaign, and volunteer for a campaign. And you can support the work of Friends Committee on Legislation of California and Friends Committee on National Legislation. Look at your country, your state, your town, your schools, and what do you see? Multiple opportunities to put our Quaker values to work! But the best, the most direct, the most effective thing you can do, is run for public office yourself.  ~~~

Janet Gastil, writer, violinist, and mother of four, is a member of the San Diego Meeting (PYM). She served 13 years as an elected school board member and was a nominee for US Congress in 1992 and 1994.