In his recent article, “ISIS’s Call of Duty,” Jay Caspian Kang describes similarities between ISIS recruitment films and first-person-shooter games – similarities that are likely intentional (The New Yorker, September 18, 2014). Kang’s article is one of many that play into a larger debate about the role of violent videogames and other violent media in our culture. This debate has continued unresolved for decades, and both sides often succumb to strong emotions and hyperbolic statements. I feel this leads to a shutdown in communication between groups, and that is the issue I would like to address in this article.

Although there are many instances of reasoned and open discussions on this topic, I would like to respond to some of the more heated arguments I have encountered. I have played a wide variety of videogames over the years, occasionally ones that are quite violent. Although those days are largely behind me, I still feel invested in the debate. I have many friends who play violent videogames, and this is a topic we have had lengthy discussions about. 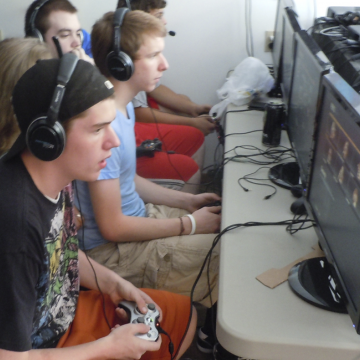 I would like to take time here to describe how a healthier debate that fosters understanding between parties might possibly be achieved. I believe such an understanding should include three points: 1) studies on the effects of violent videogames give mixed results, 2) effects of violent videogames can be complicated, and vary greatly between individuals, and 3) everyone in this debate would benefit by acknowledging the validity in the perspectives of others.

The Science:  First and foremost, any serious discussion of videogame violence must acknowledge that the preponderance of evidence indicates that playing violent videogames increases one’s aggressive tendencies, at least in the short term, regardless of age or gender. Most studies that try to estimate long-term effects of playing violent videogames come to similar conclusions. Examples of increased aggressiveness that are found in many studies include decreased capacity for empathy, increased aggressive cognition, increased racist and sexist behavior, and decreased pro-social behavior.

Although these results should be worrisome to everyone, some caution is deserved when interpreting these results. The measurements used in most of these studies to represent increased aggression are tenuous at best - it would be unethical to directly study the tendency of people to engage in real-world violence after playing violent videogames, so studies demonstrate these tendencies indirectly. For example, one metric for increased aggression observes a child’s tendency to pick up a “violent toy” (like a soldier) versus a “nonviolent toy” (like a metal car) after playing a violent or a non-violent videogame. However, picking up a toy soldier after playing a violent videogame is not necessarily a measure of a violent mindset. One alternate explanation would be that the child is merely extending their imagination of the videogame in the same way a child might pick up a toy dinosaur after playing a videogame about dinosaurs. Another measure commonly used in such studies is to note whether a child, after playing a videogame, gives or withholds candy from another child. Like the choice of a toy, this is a measure of short-term change in the child’s behavior with unclear implications regarding real-world violence, such as bullying or fighting.

At the same time, studies that consider long-term effects of videogames generally do find correlations between people with more violent temperaments and people who play violent videogames more often. A great deal of literature supports at least the possibility that violent videogames are harmful to our mental health.

On the other hand, many studies demonstrate positive effects from playing videogames, even violent ones. The strongest positive effects are stress-relief and a variety of increased mental skills such as visual-spatial cognition. Paradoxically, some studies demonstrate a decrease in a person’s aggressive and violent tendencies after playing violent videogames and in some situations an increase in their pro-social behaviors and empathy for the hardships of others. These studies suffer from weaknesses concerning the use of indirect measures similar to those I discussed earlier, but they do obscure any clear conclusions about the effects of violent videogames.

Further obscuring any conclusion regarding causation between violent media consumption and violent social behavior, sociologists have documented inverse correlations between the two. Violent crime in the U.S. has dropped significantly since the early 1990s, a time in which violence in the media has grown far more realistic and pervasive, especially among youths. Additionally, some of the largest markets for violent media are countries like Japan, England, Norway, and Canada, which have relatively peaceful societies. Clearly, these observations do not demonstrate that violent media are somehow responsible for low rates of violent crime, but they it do undercut any clear conclusions about significant societal harm from violent media.

So, with respect to the question of whether violent videogames and media harm us, the science justifies skepticism all around. Yet when you hear the rhetoric out there, opinions on all sides are too commonly conveyed with near certainty. 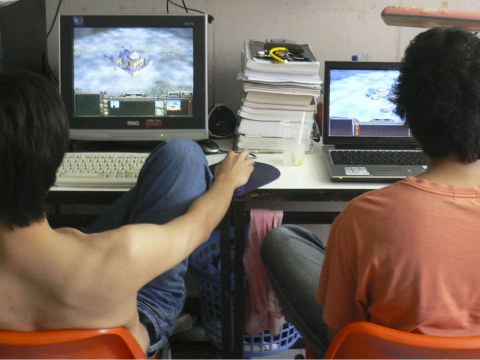 The Individual Player:  Given the broad range of published findings about the impacts of violent videogames on social behavior, I think that it is reasonable to expect that violent video games generally have both positive and negative effects on the individuals who play them. Modern videogames – including violent ones – are heavily developed and refined experiences that engage with many facets of a person’s emotions, beliefs, ideas, and skills (both mental and physical). Corporations invest many millions of dollars into their production. I believe it is unreasonable to assume that an experience as complex as playing a videogame could ever be totally lacking in positive aspects or negative aspects. Further, I think it is reasonable to assume that different people can react very differently to the experience of playing any violent videogame. Some certainly react poorly to the experience, while others brush off the simulated violence without a second thought. Claims that “violent videogames are OK for anyone” or “violent videogames are harmful to everyone” are over-reaching.

Mutual Understanding:  A blanket statement expressed with near certainty makes a poor starting point for a meaningful conversation. When a politician or news writer claims violence today, such as the massacre of children at Sandy Hook Elementary School, is due to violent videogames, I find claims like this easy to take personally - especially since, without exception, everyone I know who plays violent videogames is a fantastic and caring human being. And yet when I look for responses to these anti-violent videogame speeches and articles, I often find fellow gamers only throwing back insults, accusing opponents – anyone who even entertains the possibility that violent media are harmful – of being ignorant and misguided. I would like to make some suggestions to people on both sides of this debate.

To people who consider themselves opposed to violent videogames, I ask you to keep in mind the immense difference between “violent acts” and “violent mindsets”, and that this difference may be important when discussing videogames. Another difference to keep in mind that may be subtler is the distinction between desensitization to violence and a weak moral code. While desensitization to violent images is a well-supported side effect of violent media, it does not imply desensitization of one’s moral judgment. Doctors and firefighters must become desensitized to violent images so that they can do their jobs well; yet they work in professions where they can do great good. Of course, desensitization to violence can be harmful, but it is at least not proof of harm. The vast majority of people who play violent videogames do not commit violent acts in real life. Telling gamers that they must be violent people, or must have violent tendencies, without really knowing what is going on in their heads, is a sure way to make compassionate, open discussions unlikely. Be willing to listen to their experiences on the subject.

To people who consider themselves fans of violent videogames, I ask you to keep in mind that it is likely that violent videogames do have overall negative impacts on at least some people, even if that isn’t something you or your friends have personally experienced. I ask you to become familiar with the scientific research in this area – that most of the research does demonstrate some short-term negative impacts on most people who play violent videogames. Regardless of what positive impacts you may have experienced playing videogames, that doesn’t mean you shouldn’t be at least aware of possible negative effects. Arguments that these studies are imperfect can be brought to the table and discussed, but only if gamers will admit these studies exist. Disregarding these studies because their conclusions are uncomfortable is a way of closing the door on communication.

If we can open the door to meaningful conversations among Friends of all persuasions on this topic, we might be able to find some Light in this area. We may be able to achieve some clarity about how much moral responsibility we carry for the mindset and mental health of people who are vulnerable to the negative impacts of violent media. Even though we might not find that violent videogames or violent media have negative impacts on our own moods or behavior, we might consider whether society should set limits on violence in the media for the benefit of others. Similar to gun control, perhaps we need to consider where a line on violence in the media should exist, so that it will be clear when we’ve crossed it. Drawing such a line would require all of us to become better informed on the subject. It would require real conversations that acknowledge and consider the points of view and life experiences of others. Such conversations will not be started by the sorts of questions that imply forgone conclusions, such as: “How can we get rid of violence in the media?” and “Why won’t they let us play our violent games in peace?” ~~~

David Wampler is a twenty-nine-year-old research scientist with a M.S. in geology, currently working at the University of Washington, Seattle. David grew up in Tucson, AZ, and has associated as a Friend in the inter-mountain region since childhood. His hobbies and interests include martial arts, writing, hiking, neuroscience, psychology, physics, and on occasion videogames. David hopes to follow a career path in geologic hazard mitigation or environmental restoration in the Pacific Northwest.