Freed from Crushing Poverty in Bolivia

The current century is one of political, economic, and cultural upheaval in Bolivia, which has long been the poorest country in South America. Extreme rural poverty, lack of educational opportunity, and discrimination have held the indigenous majority captive for centuries. These are the Aymara – people who have lived high in the Andes for hundreds, if not thousands, of years. In 2006, Evo Morales, an Aymara peasant leader, became the first indigenous president in South America.

Bolivia is home to more than 30,000 Friends, most of whom are Aymara. Along with most of Bolivia’s indigenous majority, these Friends have been benefitting from the recent change in national leadership. Higher education is increasing with expanded opportunities in universities and technical institutes. New doors are opening to a future that was never before available to rural indigenous Bolivians.

In late 2002, before the government transformation began, Newton Garver of Buffalo Meeting founded the Bolivian Quaker Education Fund (BQEF). He established a scholarship program, believing that providing young Friends with a university education would enable them to have a positive influence on their society.

As the leader of Quaker Study Tours to Bolivia since 2001 and as a member of the BQEF Board, I am privileged to know many Bolivians who are finding liberation through the new educational opportunities that have opened to them recently. I asked some of them to share their experiences of the impact of education on their lives. All agree strongly that higher education is the key to their release from poverty. Professionals can earn in one or two months as much cash income as their parents can earn in a year of farming. Here are some of these young Bolivians’ stories: 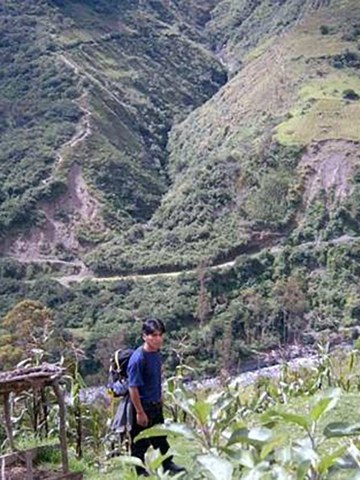 Benito Jallurana, an early scholarship student, brought us his dream – a house in Sorata dedicated to high school students. This would be a home-away-from-home for rural students, who typically have to walk hours each day to get to high school and then back home. In 2006, thanks to support from Quakers in several countries, the Internado Student Residence in Sorata opened, fulfilling Benito’s vision of giving more students the opportunity to qualify for university, as he had done. The residence now serves twenty-four young people (with more girls than boys!), studying for high school diplomas and planning for higher education. Parents are committed to seeing their children escape from grinding poverty with advantages they had never dreamed possible.

Alicia Lucasi was an early BQEF graduate. For three critical years, she administered the Student Residence in Sorata. Her tenure built a strong, smoothly functioning institution with wide recognition. She  continues to help with the Residence, supervises the scholarship program in the BQEF Bolivia office, and teaches at a university.

Juana Ruperta Copa Carani is from a small agricultural community, five hours walk from Sorata. Staying at the Student Residence gave her access to high school with strong educational support and guidance. Her high grades earned her direct access to the public university, bypassing the entrance exam. With support from a BQEF scholarship, Juana is now beginning her fourth year in a five-year nursing program.

Ruben Hilare grew up in a small town near Lake Titikaka. Although it was a financial struggle, his family sent him to the Quaker boarding school for high school. Ruben then received a BQEF scholarship, which allowed him to earn a university degree in linguistics. He used those skills to established “Jaqi Aru,” a virtual community of Aymara speakers with a website promoting the Aymara language. Ruben attended a Wikimedia conference on indigenous languages in Israel, and in November 2017, he participated in a high-tech conference in Abu Dhabi.

Emma Condori earned a degree in linguistics in Bolivia, supported by a BQEF scholarship, and a master’s in Divinity from Earlham School of Religion in Indiana. She helped edit the FGC collection of young Adult Friends’ writings, Spirit Rising: Young Quaker Voices. In 2015, she returned to La Paz and founded the Friends International Bilingual Center, which promotes peace and understanding through workshops of the Alternatives to Violence Project (AVP), language classes, and environmental education for children and adults. She has just published a book, Quakers in Bolivia, which includes a moving memoir of her childhood.

Magaly Quispe, a sociology major, studied the jobs of inmates in San Pedro prison in La Paz in 2010. Having been trained as an AVP facilitator by BQEF, she quickly recognized the need for conflict resolution skills in the prison and organized AVP workshops there.

Her work drew the attention of prison officials at the national level, and she has since established AVP programs in prisons throughout Bolivia. She also represents her region on the AVP International Planning Committee and has attended AVP international gatherings in Ireland (2014) and Nepal (2017), and serves as an active member of the AVP International fund-raising committee.

Despite these examples of the liberating power of education, much remains to be done in Bolivia. Discrimination based on skin color, surname, or small stature are still common, even though they are now officially banned by law. Machismo and patriarchy are deeply embedded in the culture, despite the government’s campaign for equal treatment of women. Bolivia has the highest rates of domestic violence and violence against women in South America. And a new concern has begun to trouble Friends in Bolivia. The governing party of Evo Morales – the Movimiento al Socialismo (MAS) – is now ruling virtually unopposed by any other political party. The right to free speech is becoming increasingly limited. Public commentary considered disrespectful of government officials has become criminalized. In this context, education remains a key to cultural change over time. 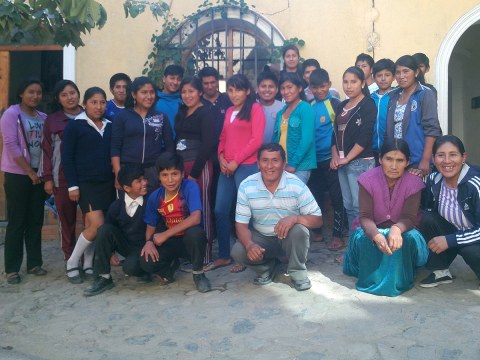 Magaly Quispe attributes her personal liberation to the way her mind was opened by Paulo Freire’s Pedagogy of the Oppressed. “I became aware of my circumstances, and that was the first step. Seeing my situation and that of my family helped me to find ways to overcome it – not only professionally, but personally; because I can be a good professional, but being a good person is equally important. In both emotional and educational development, BQEF was an important channel – supporting me financially for my professional development, and it also brought me something that changed the form of my life. AVP made me aware of my reality, and [taught me] not only to expect the best, but also to contribute to building a better society, beginning with changing things in my own life.”

I can’t overestimate the value of international Friends’ organizations to young Bolivians. The opportunity to experience international gatherings through the Alternatives to Violence Project, Friends World Committee on Consultation, and similar organizations has often been life-changing. In these settings, participants from developing countries experience a different way of being in the world, which can help them take initiative and become leaders in their own countries. At such international gatherings, participants from the over-developed world can learn new ways of being, too. My personal involvement with international work in Bolivia continues to enrich my life.  ~~~

To learn more about opportunities to help liberate young people from poverty in Bolivia, visit the websites of the Bolivian Quaker Education Fund (bqef.org) and The WALJOK Foundation (waljok.org).

Barbara Flynn has felt a deep connection with Bolivia since living there in the 1970s, and has organized and led service trips to various countries throughout Latin American. She is a long-time member of Redwood Forest Meeting in Santa Rosa, CA (PYM).