When I started attending Quaker meeting in my late twenties, I had a number of dramatic experiences of having a leading, jumping into it, and way opening. But that is not the story of faith and practice I am going to tell you today. Instead, I am going to tell you about a time when discernment was hard, and slow, and confusing.

A number of things happened about seven years ago that made me realize I had somehow strayed out of alignment with my leadings. One of the clues came when I was teaching at University of the Arts, where I had been teaching for eleven years. I had decided that I didn’t want to work full-time when my children were young, which meant that I had multiple jobs and I was pulled in many directions. One of those jobs was teaching art students some courses I had developed dealing with race. Those were really challenging, but really positive experiences. So I was surprised when, in my eleventh year of this, one of my students asked me point-blank in front of the class, “Do you love what you do?” And I said, “Yes!” And as the word was coming out of my mouth, I could feel in my body that it wasn’t true. So that got my attention. 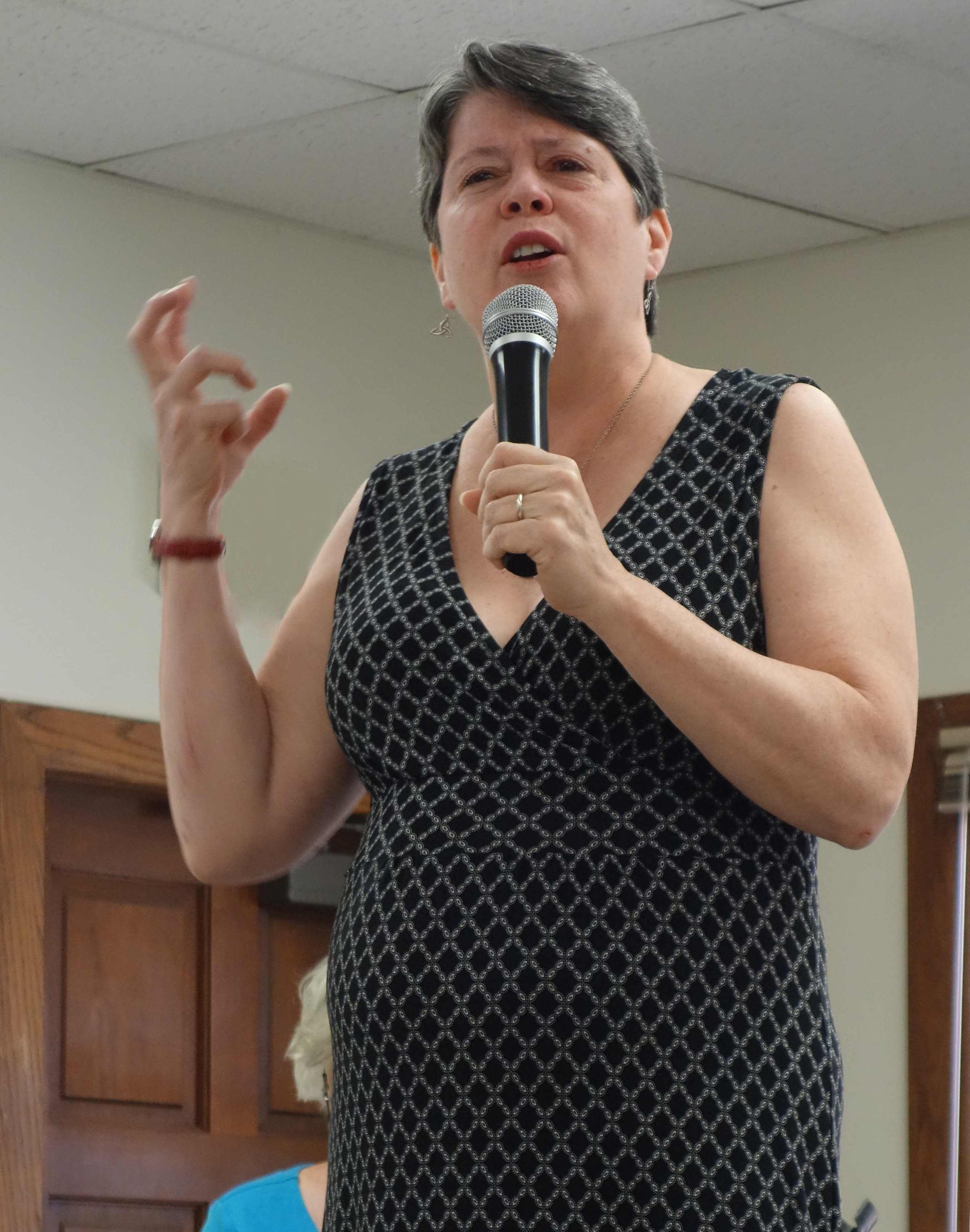 Right after that, I was preparing for the course “Discerning Our Calls” at Pendle Hill, which I had taught for several years. I was pulling together the materials about listening for God’s guidance in our lives, and I had this sudden feeling like maybe I was a fraud, because I wasn’t sure that I had listened for divine guidance in quite some time, and I was teaching this course. Other things felt out of alignment, too. I was a parent at that point – well, I’m still a parent! – but I was very actively parenting at that point, and I had let myself get suckered into being on the board of my children’s Quaker school. . . . How many Harry Potter fans here? You know Peter Pettigrew, whose hand is bewitched, so it just does things without his conscious will? It was like that. My hand went up in the air every time the school was looking for someone to run something, and I was in charge of the Fall Fair, and the sit-down dinner, and the weekly bake sale, and the hot dog sale, and the wrapping paper sale, most of which I abhor. And I was feeling resentful because they always ask the moms and not the dads to do this work. Plus, on top of all that, I had this growing sense that I was being called to do something about climate change. And I didn’t know what.

Now, up to that point, I had considered myself an environmentalist, someone who had decided to live simply. I had been carrying my water bottle and my canvas shopping bags for years. But I started feeling more and more out of sync with that as well. My kids wanted electronics, and their schools actually required them to have laptops. So I had all this inner struggle about: What’s enough? What does it mean to live simply in today’s world? Does keeping my iPhone for a really long time count as living simply?

So I was struggling with “I’m called to do something, and I don’t know what.” And it turned out to be a really good thing that I was teaching that “Discerning Our Calls” class. Every lesson I taught turned out to be exactly what I needed. One week, I asked, “What do you do to listen for spiritual guidance?” And people said things like “walking in nature” and “journaling,” which was such a great reminder of the things I’d let go of when I got busy.

That class also reminded me to take a retreat. So I went to this farm a few miles north of Philadelphia. I brought my old journals and the letters I wrote when I was in the Peace Corps in Botswana. I thought those would be fun to read. Well, it was challenging to read some of them.

One of the letters from Botswana was eleven pages long. Ten of those pages were about a guy and about whether or not he liked me. And in my journals, I was shocked to see how many entries were basically about figuring out whether people liked me, about getting approval.

Another thing I found in the journals was that, when I first decided to become a writer in 1992 as a student at Pendle Hill, it wasn’t spiritual discernment I wanted to write about. I wanted to write about how our materialistic culture, driven by growth, was destroying the planet. But somehow I didn’t take on the controversial topics. I wrote about things that were safer, that would get me criticized less.

It was sobering, and also it felt kind of stereotypical. I thought, God, couldn’t I have an original mid-life crisis? Something other than confronting my people-pleasing? But that was what I needed to work on.

So, I feel that this inner preparatory work was really important. At the same, I was trying to figure out what I was supposed to do about climate change. I tried a number of things that didn’t work that great, to be honest. Then I had an intuition that did feel like way opening. One day, I had this really strong feeling that I had to go to the Philadelphia Flower Show and that I had to go on Wednesday. I invited a few friends, but no one could make it at the same time.

So I went by myself, and I saw my dear friend Walter Sullivan there. He looks at me, he’s acting very strange and furtive, and he says, “Come to the PNC display today at noon, and pray for us!” And I was like, “What?” And he says, “Leave if the police tell you to.” And he disappears into the crowd. Like, what is going on? And then it hits me, Walter is part of the Earth-Quaker Action Team – EQAT – which was founded to work on climate justice issues, using nonviolent direct action. And their first campaign was against PNC Bank, a bank that was founded in Pennsylvania, that had Quaker roots, and that bragged about being a green bank. They were one of the top financiers of mountaintop removal coal mining, this horrible practice that involves blowing up mountains to get the hard-to-reach coal. And PNC Bank was the sponsor of the Philadelphia Flower Show, getting some green publicity. So I figured out what Walter was talking about.

I joined the group and then joined the board, and I’ve been board clerk for five years now. It turned out my period of  personal struggle was exactly what I needed so I could follow my leading. If you are going to do nonviolent direct action and challenge a CEO in public, which I did one time, or commit civil disobedience, or do anything quirky that breaks convention, you’re going to have to grapple with people-pleasing. I’m not over it, but I can see that seeking the approval of other people is not the motivation that weill help stop the fossil fuel industry from ruining the planet.

The reminder to walk in the woods, journal, and pray – these have been really important in my work in EQAT, especially in this era of polarization, anxiety, and urgency.

Eileen Flanagan is a Quaker writer, speaker, and activist whose most recently published book is Renewable: One Woman’s Search for Simplicity, Faithfulness, and Hope, published by She Writes Press (2015). Text from the talk above has been excerpted from a complete transcript of it, posted at: https://westernfriend.org/media/faith-and-practice-practice-practice-unabridged