Skip to main content
View other articles in "On Home" issue of magazine.
September 2017, October 2017

Everything is Connected (abridged)

I struggled with being gay for much of my adult life. I spent nearly twenty years in what is called “conversion therapy” or “ex-gay ministry,” including two years in a residential facility that we called the “Homo NoMo Halfway House.” It was a Christian program with approximately 275 rules all designed to turn effeminate men into Evangelical Christian replicas of John Wayne.

Why did I do it? Multiple reasons. I grew up in the early 1980s, during the rise of the Moral Majority and a yuppie kind of lifestyle that promoted property and heterosexuality. Then came a disease called GRID, “Gay-Related Immune Deficiency.” (Later renamed HIV or AIDS.) At first, it was considered a gay disease. As a teenager, I did the math and concluded I should not be gay. It’s too dangerous. Nobody likes it. You can go to hell for it. You can even die from it. 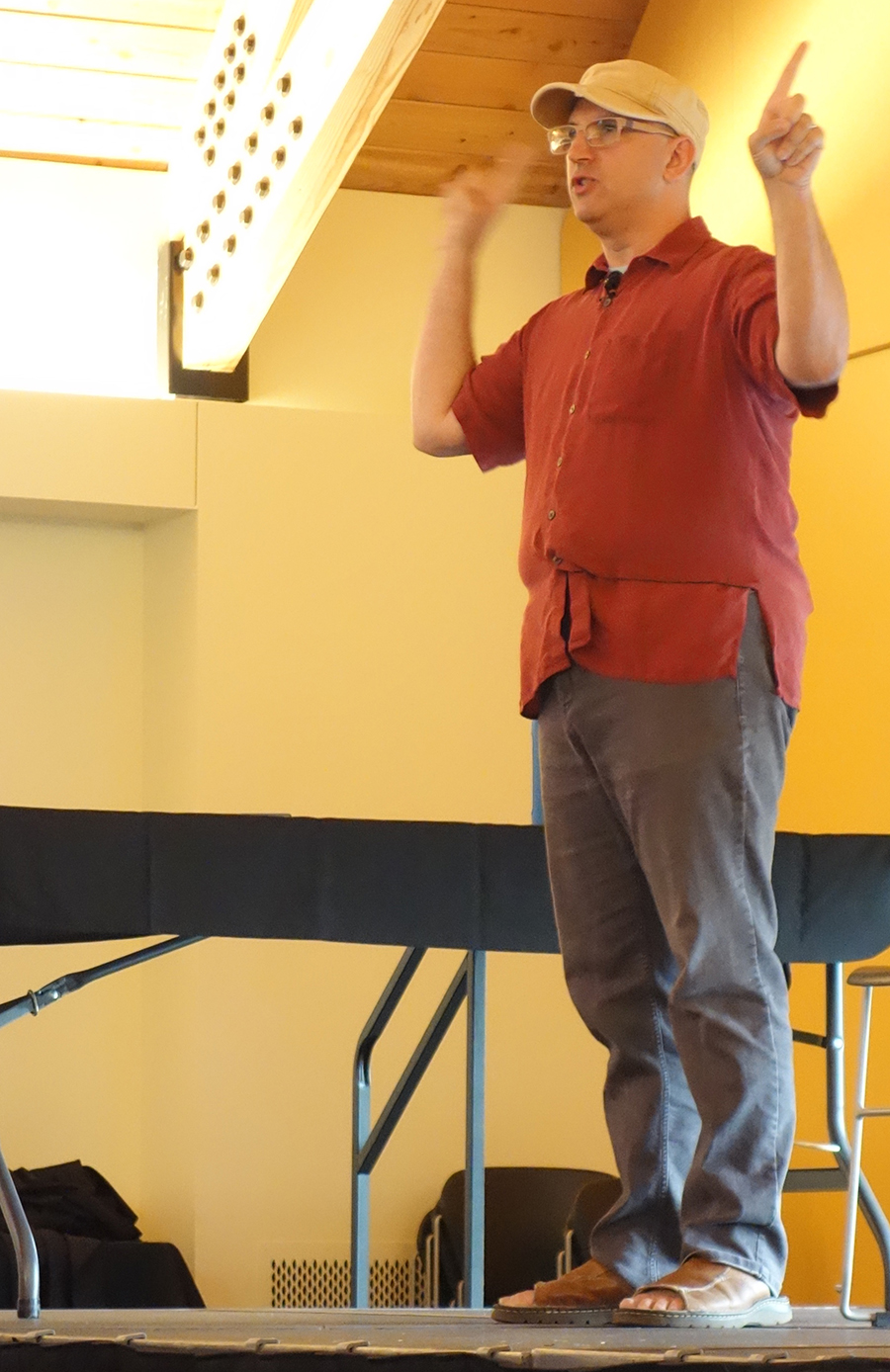 I felt God was calling me to share the Good News. The only framework I knew for doing so was as a Christian missionary. But even though I worked hard to get a handle on the gay thing, I remained suspect in the church because church leaders saw me as a feminized man. I began to bump up against the same glass ceiling that women had already experienced in the church for hundreds of years. I felt something extraordinary inside when I recognized this. I panicked. As a white male in America, I sensed the cabin pressure of power and privilege drop, so I scrambled to regain heterosexual privileges.

Eventually in 1999 I came to my senses, came out as gay, and began to speak out. I then witnessed how many gays and lesbians oppressed transgender people. This confused and angered me. I concluded, the only logical response for me would be to do Bible study. I went to the Bible with an essential question, Who is transgressing and transcending gender in the Bible?

The story in Genesis about Esau and Jacob and Jacob’s son Joseph is a beautifully constructed narrative. It’s a story about a family with lots of tensions over inheritance rights. By the time Joseph is born, the older brothers have fallen out of favor with their father, Jacob. Joseph becomes the favored son. He’s precocious and beautiful and a bit of a brat as well. He lords it over his brothers with dreams he can interpret. To make matters worse, Jacob honors Joseph with the gift of a special garment.

English Bible translations often call it a “coat of many colors.” In Hebrew, the term is “ketonet passim.” Most study-Bibles state, “The exact meaning of the Hebrew term is unclear.” However, the word shows up in one other Bible story in Second Samuel – the story of King David’s daughter Tamar. It is a dreadful story of sexual violence and rape and what happens when a family and a nation doesn’t take that crime seriously. After the assault, Tamar, in a sign of mourning, tears her clothing. The text states she wears a ketonet passim and defines it as, “the garment worn by virgin daughters of the king.”

When Joseph was young, his brothers attacked him, tore up his garment, then sold him into slavery in Egypt. There was something punitive about the way those brothers assaulted Joseph. It reminds me of the violence I hear about all the time today against gender non-conforming people and particularly towards transgender women of color.

Joseph experienced simply violence, and he landed in Egypt. Because of his gift with dreams, he eventually became second-in-command over the whole country. When his brothers came to Egypt as climate migrants, Joseph forgave them and saved their lives.

Which brings me to Climate Change. In 2012, I had an apocalypse, which is a fancy Biblical word for “revelation.” Imagine a curtain is pulled back; you see what is hidden from sight. The vision jars you awake. I had an apocalypse about climate change. With this revelation came a question, "What is a queer response to climate change?" My husband Glen replied, “You have finally lost your mind.” But I sensed climate change affects LGBTQ differently from other people. I wondered, do we have something unique to contribute?

LGBTQ people are more vulnerable to climate change than non-LGBTQ people. For example, around 40% of homeless youth are LBGTQ. These young people often avoid shelters. So, what happens when the storms come, like Super-Storm Sandy or Hurricane Katrina? Where do these kids go? Or what about LGBTQ seniors? Because of historic discrimination, many are estranged from their children and grandchildren. They may also have less income than other seniors. With climate change, we are going to see more extreme heat events. Once temperatures get above 96 degrees, it becomes deadly for seniors.

The only real solution is turn on the AC, which is expensive. LGBTQ family values mean pre-disaster responses that build strong community connections with our LGBTQ seniors and youth. These can include LGBTQ-friendly shelters and cooling centers.

What is worst-case climate change scenario? – now, don’t freak out – the worst-case scenario is the extinction of the human race. Who on the planet has faced the potential of extinctions or exterminations before? Lots of people – including LGBTQ people. Faced with these threats, LGBTQ people have developed survival strategies that can help us in responding to climate change.

LGBTQ people faced a possible extinction during the early days of HIV/AIDS. The disease had a 100% fatality rate. The government refused to act, the public was afraid and in denial. In very short order, LGBTQ folks and their supporters had to Act Up. Most had no experience as activists. Yet they got in the face of government officials. They lobbied; they took over offices; they used art; they used films; they used music, ribbons, quilts, whatever. And at a time when nobody was talking about AIDS, they proclaimed, “Silence Equals Death.”

So there are lessons we can learn from them about how to take on climate. We can also learn from their mistakes. Everyone with HIV/AIDS suffered, but not equally. Depending on their class, race, access to health care, immigration status, and sexual and gender identity, some people suffered more than others. Sure we were all in the same boat together, just not on the same deck. That is exactly how climate change works – it affects all of us, but some more severely than others. So to me, a meaningful response to climate change needs to be one that has human rights and social justice at the heart of it.

I worry that we are not going to get off our asses in time. I’m scared. But lately, I hear messages coming to me from people in the future. I hear future generations say to me, to us, over and over, “Thank you. Thank you. Thank you for everything you did for us. Thank you.” And I’m thinking, What are we about to do that they are going to thank us?  ~~~

Peterson Toscano is a playwright, actor, Bible scholar, blogger, podcaster, and gay activist. He spent seventeen years undergoing ex-gay treatment and conversion therapies before accepting his sexual orientation and coming out as a gay man.

The text above has been excerpted from a transcript of Toscano’s original talk, posted at: westernfriend.org/media/everything-connected-unabridged; to see video clips of Toscano’s performances, go to: https://petersontoscano.com/