Recently a Methodist church invited me to a book study. They had been reading books on ethically based business, including Deborah Cadbury’s Chocolate Wars, and had grown wildly curious about these peculiar Quakers and their century and a half of confectionary success. The group leader tabulated a list of famous Quaker business leaders – not only in cocoa, but also in ironwork, railways, footwear, chinaware, household goods, pharmaceuticals, and banking. Why, she asked, was the list so long? Why were there so many Friendly industrial innovators? Why so many business names they now recognized as Quaker – from Cadbury chocolates to Barclays bank to Clarks shoes? What was it about this relatively small, seemingly austere, and ethically demanding faith that drove such a disproportionate share of business enterprise? 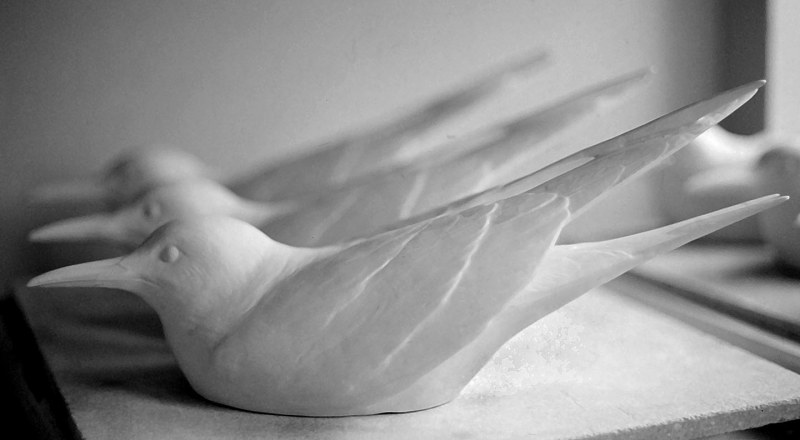 The History We Forget: For many American Friends, Quaker history begins with George Fox, runs from England to America through William Penn, leaps to John Woolman, takes a progressive detour through Lucretia Mott, and then ends up tangled in a confusion of twentieth century spiritual practices, political protests, and Quaker institutions known by cryptic acronyms. Historical Quakers are typically not described as having occupations (unless, like Woolman, it is noted that the Friend was striving to strictly limit such worldly obligations). In my early introduction to Quakerism, no one mentioned money. No one mentioned that George Fox died well off, with an estate to distribute. No one mentioned networking or mutual aid among Friends, except for “Meeting for Sufferings,” which supported families of Friends in prison. When I learned that some Quaker Meetings are blessed (maybe cursed) with sizable but diminishing endowments, I was told, “Quakers came to America to do good and ended up doing very well,” in a tone that made clear that this was our dirty little family secret.

I work as an engineer. For me, the first hint that a great swath of Quaker history had been swept under a rug of silence came not from another Quaker, but from another engineer. When he learned I was a Quaker, he became intensely interested because, before he met me, he had only learned about Quakers from books on systems theory. Systems theory? Why, yes, he said, Quaker practice was a hot topic in non-hierarchical systems design. Oh, and Quakers were unusually well represented among the ranks of scientists, engineers, and industrial innovators. Really? I said, who knew?

Well, historians know. Eventually I read Arthur Raistrick’s Quakers in Science & Industry, Frederick Tolles’ Meeting House and Counting House, James Walvin’s The Quakers: Money and Morals, and many other books that introduce chapter after chapter of industrious Quaker traders, merchants, ironmasters, mining companies, clock and instrument makers, naturalists, doctors, bankers, and innovators in many other fields – from chocolates and cutlery to roads, bridges, and canals.

The Disgrace of Quaker Industry:  When I mention Friends’ historical background in industry to other Friends, the response is mixed. Some seem relieved to learn of this history, as if it might finally give them permission to “come out of the closet” as Friends with sympathies or leadings towards business. For others, this history seems to touch pent-up frustrations with contemporary Quaker life. For example, one Friend blurted to me in exasperation, “Why am I the only young Friend in my Meeting who has a real job?” By this, he meant a job making a product, as opposed to looking for work with a social service organization.

Many Friends are frankly dismissive of “worldly” business. When I mentioned the Industrial Revolution to one Friend, she sighed, “Oh, yes, well we have helped make this mess, haven’t we?” For her, the Quaker excursion into industry was a disgrace, a fall from grace. Still other Friends go further to justify this “disgrace” with a standard Quaker gloss of history: “Well, they had to start businesses, didn’t they? Friends were barred from other occupations, you know.”

This attitude toward Friends’ historical engagement in the world of business and banking is the great cop out, a persistent and dismissive Quaker myth. English law barred many groups besides Quakers from certain occupations, yet not all groups responded in the same entrepreneurial vein as Quakers. Further, it wasn’t only in England – where their options for employment were limited – that Quakers showed inclinations toward business and industry. They showed these in the Americas as well.

Historians debate which factors drove Friends’ entrepreneurial success:  They were barred from other occupations; they were dispossessed of rural lands and moved to urban occupations; their fastidious practice of keeping “minutes” built them up into a literate class; their commitments to honesty, equity, and simplicity singled them out for advantage, since they seldom squandered resources or took undue risks; their work ethic was the envy of Protestants; or they heeded George Fox when he advised the study of Creation and applying that learning to practical hands-on work. Friends could also consider another possibility: as in other matters, we followed where Spirit led.

One thing is certain: Friends relied on their Meetings as networks of like-minded companions. Such a network would provide a Friend not only a spiritual home, but practical advice and business connections as well. Elders guided other Friends’ lives and livelihoods. During Quaker meetings for worship and business, work and worship
sat side by side. Outsiders observing Quaker gatherings scoffed that Quakers spent too much time discussing the price of goods and the placement of young apprentices. If I had been a Quaker in an earlier century, I would have been encouraged in my engineering work, and I would have been held to account for my work, finances, and business practices. That might not have been such a bad thing.

From Engagement to Withdrawal: Quakers have always worried about becoming overly involved in “wordly” affairs. Quaker “Books of Discipline” warned Friends to avoid “entanglements.” Financial difficulty, particularly bankruptcy, could lead to disownment by Quaker meetings. Numerous Quaker biographies tell of Friends who explicitly chose to limit their worldly engagements, including John Woolman, John Rutty, and William Allen. But Quakers rarely gave up their businesses altogether and many prospered, enabling them to support the Quaker network and its ministry.

An inevitable tension exists in Quakerism between engagement and withdrawal.  By the early 1700s, Friends in commerce were criticizing Meetings for poor management, while Meetings suspected lax spiritual discipline among those engaged in commerce. With the collapse of the “Holy Experiment” in Mid-Eighteenth Century Pennsylvania (a principled withdrawal from the civil government they had once built on principle), American Quakerism swung from political engagement to political resignation. Friends developed a heightened suspicion of all things worldly and began a quietist withdrawal.

By the early twentieth century, heirs to the Quaker industrial empire began feeling the limits of industrial welfare as a means to resolve problems like poverty. Quakers, like much of society, developed an attitude of suspicion towards industry, and turned to public advocacy and social protest as a means of solving social problems. Demographics began to shift. Quakers faded from commerce and became increasingly engaged in academia, law, social services, and the arts.

Now, I don’t want to dispute that contemporary industrial capitalism is a prime contributor to economic injustice and ecological destruction. Unfettered capitalism deserves Friends’ heartfelt critique. But the contributions that Quakers have made from within the ranks of business and industry over the centuries – to innovation, to engineering, and to social welfare – make me reluctant to label business-minded Quakers as fallen Friends.

From Product to Process: In recent decades, Quaker involvement in industry has taken a surprising turn from products to process. Once renowned as producers of pots, shoes, and chocolate bars, Friends now are renowned as producers of business processes. Quaker author Parker Palmer has adapted Quaker business and discernment practices to help transform secular institutions that have become mired in conflict. Similarly, Robert Greenleaf has leveraged his work at AT&T and his experience among Friends to unleash Servant Leadership, a transformative practice that secularizes Friends’ spiritual call to service in the world.

Writers from outside the Quaker community are also looking to Friends’ business practices for guidance in organizational development. The Starfish and the Spider, for example, popularizes Quaker process as a viable alternative to top-down organization. British economic texts describe “Quakernomics,” and at least one Harvard Press publication, Crisis and Renewal by David Hurst, holds up Quakerism as the best business model in times of crisis and renewal. In fact, Hurst devotes an entire chapter to “Quakers and the English Industrial Revolution,” and suggests that such a fundamental revolution is needed again today, and that it is possible if we heed what Quakers once did and how.

Quaker practices are influencing an ever-widening audience in government, industry, and academia. My fellow engineers know something of Quakers and so do the Methodists across town. So perhaps Quakers have more influence in industry today than we suspect; we’ve just stopped making pots, shoes, and chocolate bars.

Back to Business: A return by Quakers to businesses that deal in tangible goods – or the development of some new type of Quaker industry – might well serve the needs of our world today. I know many engineers who feel trapped in pursuits that they don’t find spiritually fulfilling. They make the items we ask for, yet as a society we ask for cheap trinkets and expensive grenades. Many engineers would happily work for less money if their work had more meaning for them. Our world needs transformative businesses that serve real needs.

Friends are well positioned to help heal the rifts between science and faith, business and religion, and to help build the Kingdom in a practical sense. I propose that we should be actively encouraging young Friends within our Meetings to take up ministry in fields like business and engineering – in any areas that seem essential to the transformative work that lies ahead.

A few months ago, Friends Journal asked me to review The Shark’s Paintbrush by Jay Harman, which considers biomimicry, the practice in design and engineering of imitating designs found in nature. Harman, who is not a Quaker, grew tired of watching wildlife refuges being bulldozed for housing developments. He left his job at the Fish & Wildlife Service to study economics, psychology and religion; he traveled the world to study with religious leaders and mystics; and ultimately, he launched himself into an entrepreneurial career. What does he make? Well, fans, basically, and mixers, pumps, and propellers – all based on nature’s highly efficient designs. However, what he really wants to make is a growing number of inspired and ethically driven entrepreneurs. For Harman, transformation depends upon engagement, not withdrawal. His book is a call for leaders of integrity to step up, to honor human dignity, to resist human greed, and to have the humility, courage, and honesty to see Nature and human nature as they truly are.

Along with Harmon, I see a new social transformation before us; along with him, I see that social transformation requires a nurturing community – a collaborative network that provides guidance, support, connections, companionship, and money. If we reflect on our Quaker history, we can see that this is how networks of Quaker industry and banking emerged, flourished, and even encouraged social progress centuries ago.

On the one hand, Rob Pierson is a systems engineer at a small technology company. On the other hand, he is a member of Albuquerque Meeting (IMYM) and of the Wider Quaker Fellowship Program Group at FWCC who writes, photographs, and enjoys leading workshops related to pilgrimage, sacred time, sacred place, and contemplative photography.